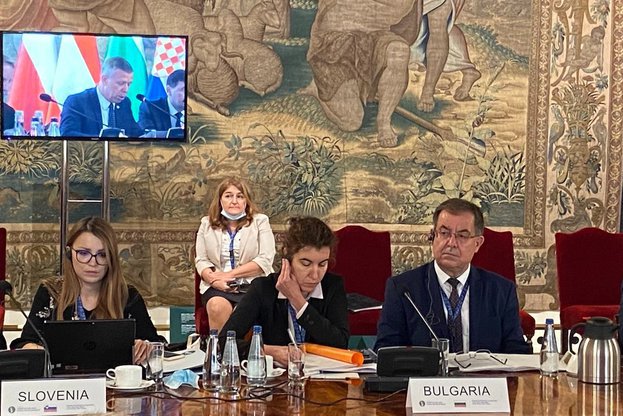 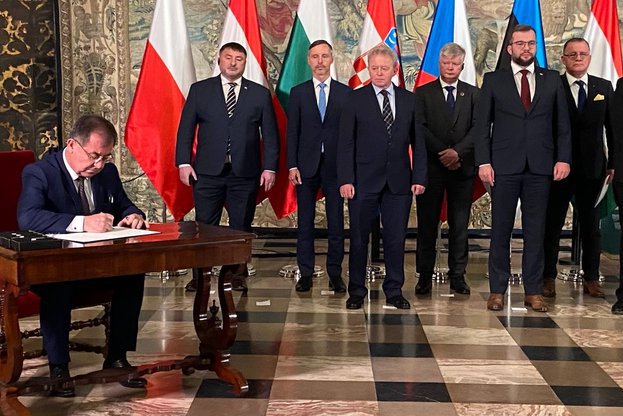 “Bulgaria has the potential to expand the production of vegetable protein, having good experience and traditions in this field”, stated by the Bulgarian Minister of Agriculture Prof. Dr. Hristo Bozukov at the Summit of the Ministers of Agriculture of the countries of the Three Seas Initiative and the European Commissioner for Agriculture Janusz Wojciechowski, which is being held in Krakow, Poland. He also pointed out that field peas and legume grass play a leading role after legume crops. “Scientific units, specialized in legumes and cereals, carry out research and active selection activities, as a result of which Bulgaria has a significant number of sustainable varieties of legumes of its own, adapted to our climatic conditions," said  further Minister Bozukov.

There has been an increase in recent years, in the areas planted with protein crops, with a growth of about 136% in 2018 compared to 2014. "This is due to the measures taken by the state, including the Coupled Support Scheme ,introduced in the current programming period for protein crops in direct payments, which consists in additional support for the areas occupied by protein crops, "the Minister added.

Mnister Bozukov emphasized during the discussion of the possibilities for ensuring the production of feed protein in the Three Seas region that the international cooperation for building protein security in the region should take into account the production of compound feed, where alternative to soy proteins obtained from the processing of sunflower seeds and rapeseed could be put in. "This is the potential for farmers and their cooperatives to develop a circular economy on a biological basis. This way, an opportunity for a smooth transition to a climate-neutral economy and for the creation of new jobs in primary production will be created, “he continued.

Within the event, a Joint Declaration on the possibility of ensuring the production of feed proteins in the region was signed by the Ministers of Agriculture of the Three Seas region - Bulgaria, Croatia, Czech Republic, Estonia, Hungary, Latvia, Lithuania, Poland, Romania and Slovakia.

During the summit, the agriculture ministers also discussed the impact of the Common Agricultural Policy on the transformation of agriculture and rural areas towards a green and digital-oriented economy in the region. There also a discussion on the role of countries in the dialogue on the challenges of research and innovation in food systems took place.

In this regard, Prof. Bozukov informed that the Bulgarian National Recovery and Resilience Plan envisages an establishment project of a Fund for the Promotion of the Technological and Ecological Transition in Agriculture. "It provides for the provision of gratuitous financial aid, aimed at the introduction of innovative and digital production technologies in order to automate work processes and allow the production of sustainable products with fewer resources," said Minister Hristo Bozukov. He commented that the digital transformation of agriculture has significant potential to increase its competitiveness, improve rural life and reduce the impact of agricultural activity on the environment and climate.

The Bulgarian Minister of Agriculture explained that one of the main directions in the research activity of our country is the production of healthy foods and food supplements from natural regional products with antioxidant effect, preserving their nutritional qualities through the use of new quality packaging. "At the end of 2020, two national research programs were launched and clarified that these programs would contribute to a more appropriate management of natural resources, reduce the harmful effects of agriculture on the environment and climate and increase the quality and safety of products.