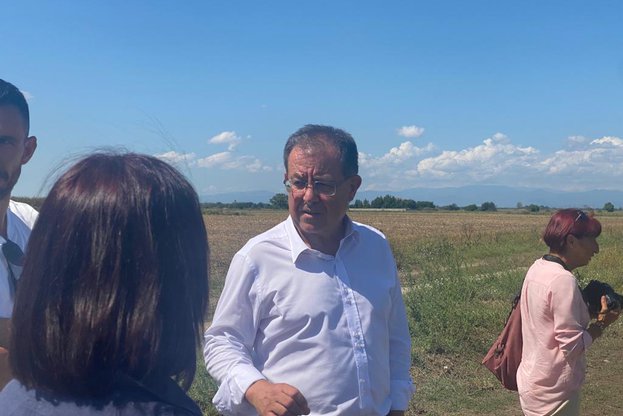 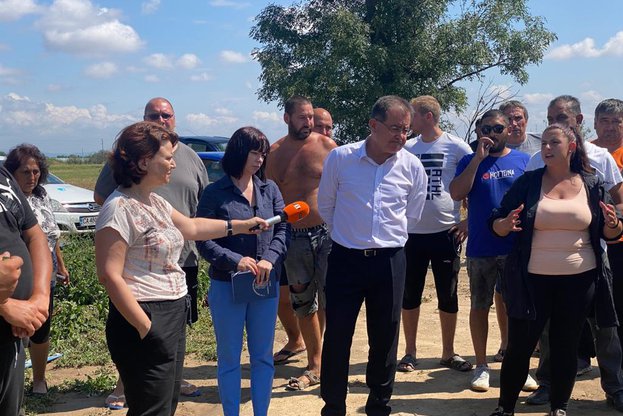 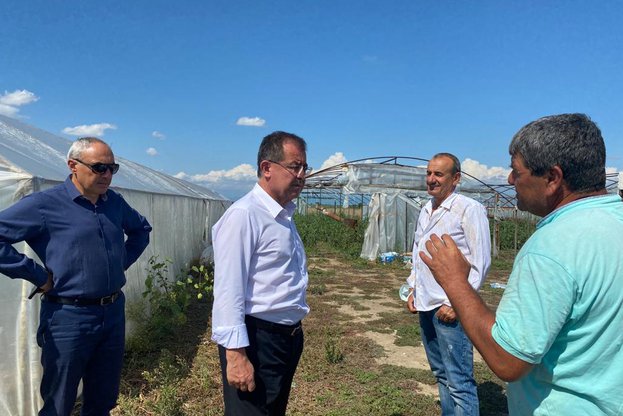 All mechanisms for the maximum compensation would be used, as well as financial support would be given to the affected farmers by the end of the year. That was what announced the Minister of Agriculture, Food and Forestry Prof. Dr. Hristo Bozukov, who visited the villages, affected by the hailstorm in Plovdiv district.

He called on everyone affected to submit an application to the Municipal Agriculture Service as soon as possible, in order to look for the necessary option for their compensation. "Every opportunity for compensation will be used," he added.

"There are procedures that must be followed and I would be most grateful for your cooperation," said the Minister of Agriculture. Prof. Bozukov explained that an inspection should be made first to calculate the amount of damaged production. "I have ordered the officials of the Regional Directorate of Agriculture and the State Fund Agriculture to inspect the affected areas, as a matter of urgency and t describe the damages. They would be here to accept applications from farmers. A large part of the lists of affected farmers have already been prepared, "said the Minister of Agriculture.

Minister Bozukov informed that the funds for the compensation would be allocated from the State aid for compensation of damages, caused by natural disasters scheme, for which the financial resource in the amount of BGN 5 mln. "If necessary, options to increase the scheme's budget would be sought .We are going to do everything possible to compensate the farmers in the amount of the costs incurred for the purchase of seeds, fertilizers etc.”

Hristo Bozukov also pledged to raise the issue of compensation for domestic producers affected by the hail before the European Commissioner for Agriculture Janusz Wojciechowski at the forthcoming Council of Ministers.

Minister Bozukov announced that tomorrow he is going to have a meeting with representatives of the Ministry of Transport, Communications and Technology, the Ministry of Defense and the Air Traffic Administration to discuss the deadline for the launch of anti-hail rockets ban to be reduced to half an hour. “Who is responsible for what happened remains to be determined," concluded the Minister of Agriculture.