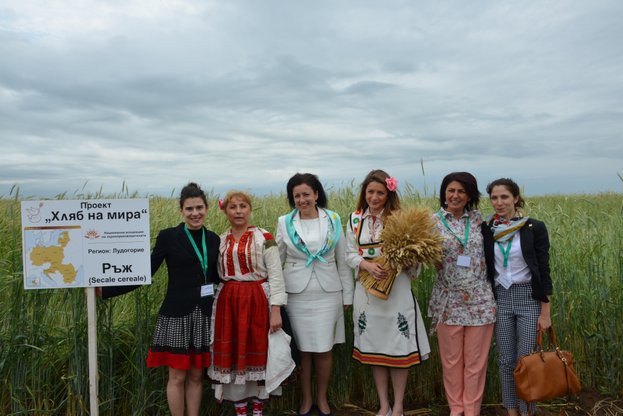 "We expect a good grain harvest for the country. The average wheat yield is expected to be around 4,150 kg/ha, the crop is developing very well,” said minister Taneva during the opening ceremony of the project "Bread of Peace" in the area of the town of Kubrat. Minister Taneva added further that a total of 113,500 applications for direct payments for some 3.55 million ha have been submitted as of June 4 under the 2015 campaign. She noted that over 2,400 projects have been submitted so far under Measure 4.1 "Investments in Agricultural Holdings", with the total subsidy requested exceeding 700 million leva.

Desislava Taneva stated that this campaign has been extremely difficult, not only because of the implementation of the new Common Agricultural Policy, but also due to the new requirement for the presence of legal grounds for the use of agricultural land, through which subsidy allocations  to become more fair. "We must go towards improving administrative services to farmers in order difficulties encountered in this campaign to be prevented in the future," said Taneva and thanked the farmers and officers in regional and municipal administrations for the efforts made for the successful campaign implementation.