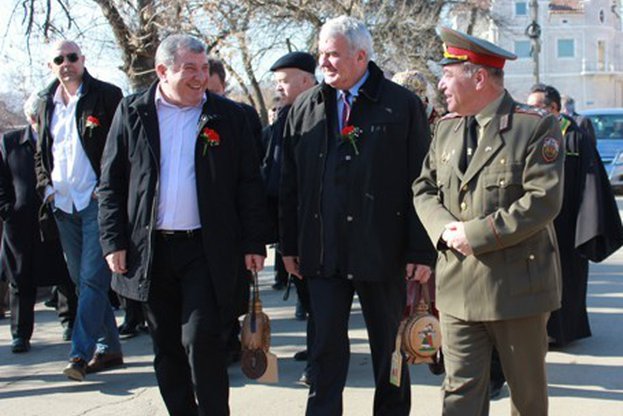 “Application acceptance under the new National Programme for Support of the vine and wine sector for the period 2014-2018 year will start in March." This was announced by Minister of Agriculture, Prof. Dimitar Grekov during the traditional pruning of vines in Suhindol. He added that the funds under the Programme amount to BGN 260 million. "The Ministry of Agriculture and Food, pays special attention to this sector. It is necessary to support not only the wine production, but its advertising as well in order to be able to conquer new markets,"said Professor Grekov. The program contains a special measure for the promotion of Bulgarian wines in third countries. Furthermore, funds for restructuring of vineyards, green harvesting and investments are provided.
Minister Grekov added that the grape and wine producers will be able to apply under the Rural Development Programme 2014-2020, where the focus is on the small farms.” This way we would like to stimulate the boutique wines production too," he said.
The Agriculture Minister pointed out that 175 thousand tons of wine was produced last year, more then 159 thousand tons of which were exported.
Prof. Dimitar Grekov joined the traditional procession for the feast on St. Triton’s Day.
Share in: