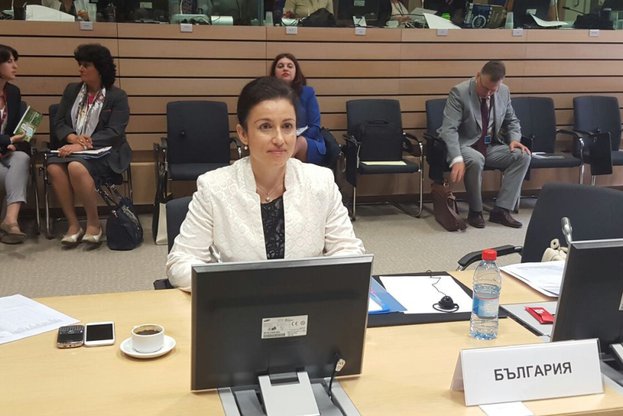 "I welcome the plan to support farmers and principles on which was made. The financial package for each country should be determined depending on the losses of farmers. "This was annouced  by the Minister of Agriculture and Food Desislava Taneva during the extraordinary sitting of the Council of Ministers in Brussels. The plan of the European Commission provides assistance 500 million euros to aid European farmers suffering plunging milk and meat prices partly blamed on a Russian embargo.


Desislava Taneva reminded that Bulgaria was the first country in the EU community to raise in December, at a Council meeting, the issue of the dairy sector crisis. We have insisted on support under various instruments since then. We have received support from various EU countries in the course of talks yet, unfortunately, there has been no decision so far in support of farmers to produce an effect on the sector in Bulgaria. "We should answer the following question - should the situation supposed to reach to this common European protest and wasn't it clear from the very beginning that the crises would deepen". She was clear that the farmers will expected to see concrete decisions and vision for the way they were to be supported.

"With the proposals for determining the financial package milk quotas and criteria for their implementation may  be included , as proposed by Portugal  - the average price of August 2014, average price to July 2015,  explained Taneva , adding that this way farmers in all member states  will get justice. " Concerning  advance payments for direct  payments, the Minister was clear that all administrative measures  should be taken to initiate their disbursement by October 16.

Minister Taneva asked for each of the member states to be determined maximum budget for the measures funder  school milk scheme. ,, It can be included as a possible tool for support as well as the  awareness campaigns for healthy eating dairy products, by expanding the range of products. , "said Desislava Taneva.

Next week an extraordinary meeting of the  Council is expected to hold .