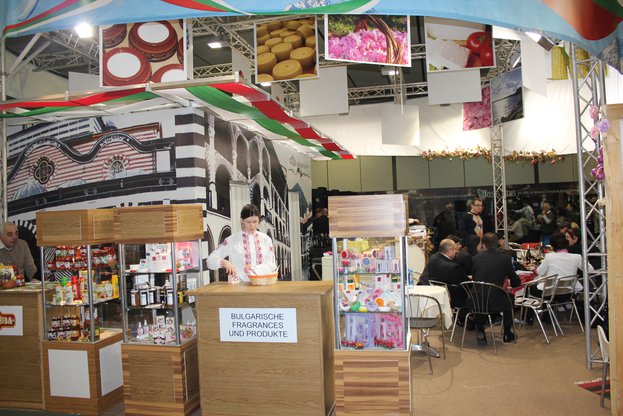 Bulgaria’s Minister of Agriculture and Food Miroslav Naydenov treated Germany’s Minister of Food, Agriculture and Consumer Protection Ilse Aigner to cheese banitsa at the opening of the 2013 International Green Week (IGW), the world’s largest fair for the food, agricultural and horticultural industries running in Berlin.


Ms Aigner gave to her Bulgarian counterpart a traditional silk shirt. After her official visit to the stand, Naydenov said she has demonstrated the special attitude she nurtures towards the country. German Chancellor Angela Merkel was also present at the fair’s opening, necessitating a change in Ms. Aigner’s agenda. She failed to visit many stands, but came to see the Bulgarian one.

This is the fourth consecutive edition of the exhibition in which Bulgaria participates with its own stand, the minister noted, adding that the stand covers a 140 sq m space and is for the first time located at the centre of the hall. It is open for visitors on all sides and is equipped with a restaurant part where traditional cuisine can be tasted.