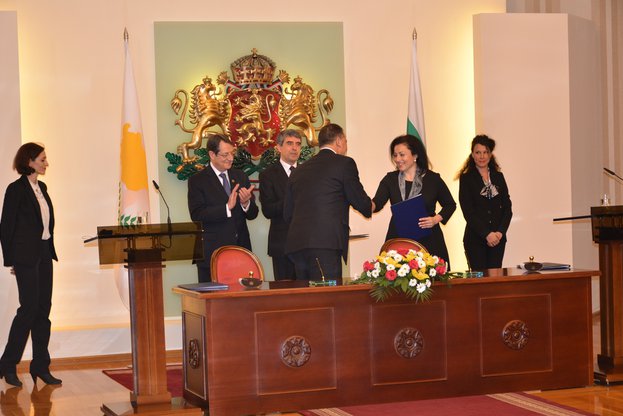 Bulgaria and Cyprus deepen cooperation in the field of agriculture. The framework of cooperation is envisaged in a Memorandum of Understanding in the field of agriculture and rural development, which was signed by the Minister of Agriculture and Food Desislava Taneva and and Cypriot Minister of Commerce, Industry and Tourism Yiorgos Lakkotrypis. The document was inked during an official ceremony in the presence of the President of the Republic of Bulgaria Rosen Plevneliev and Cypriot Nicos Anastasiades.

The delegation led by President of the Republic of Cyprus is on an official visit to Bulgaria at the invitation of President Rosen Plevneliev.