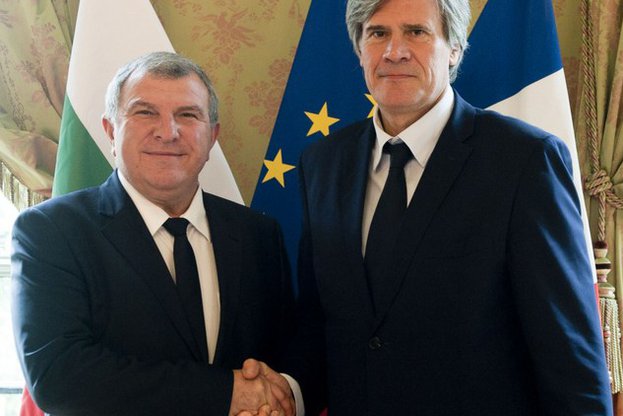 New forms of cooperation in agriculture between Bulgaria and France were discussed by agriculture and food minister Prof. Dimitar Grekov and Stéphane Le Foll – minister for agriculture, food industry and forestry of the Republic of France, during a meeting in Paris, France. The two signed an Agreement for the appointment of Mr. Stephen Robert, French adviser for the Bulgarian agriculture and food minister at the Ministry of Agriculture and Food. “This is one of the steps towards strengthening of the relations between France and Bulgaria in the sector of agriculture”, said minister Grekov. “Bulgaria had already used the experience of France through an adviser in the period 2004 – 2009. His activity was oriented chiefly during the negotiations under the reform of the Common Agricultural Policy. The French adviser will provide assistance in the area of agriculture, food industry and the rural regions”, commented minister Grekov.


At the meeting, the two ministers discussed also the Common Agricultural Policy for the period 2014 – 2020 and the exchange in cattle breeding selection and reproduction, in particular sheep breeding, where some projects are already under way. Minister Grekov and the French minister agreed about an exchange of students and pupils from the secondary vocational agricultural schools.