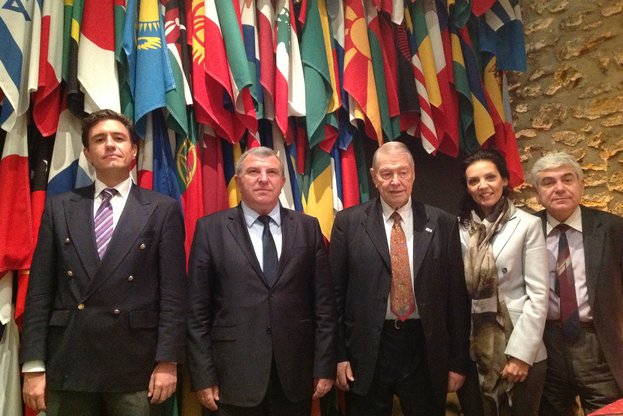 “Bulgaria has the required specialists and staff in the area of animal health and the fight against zoonoses, who are going to work for setting up the International Center for Disease Control on Wild Animals in Bulgaria”. This statement was made by agriculture and food minister Prof. Dimitar Grekov at a meeting with Dr Bernard Vallat, Director General of the World Organisation for Animal Health and Mr. Bernard Loze, President of the International Hunting and Game Conservation Council, in Paris, France. At the meeting, they discussed the possible suitable places for constructing the large-scale project on the territory of our country. The Center is expected to be second largest after the one in Canada.


The main goal of the International Center will be to prevent the states from all kinds of epizootics. It will prepare programmes for prophylaxis, supervision and eradication of diseases on wild animals, will make analysis of the risk from emergence and dissemination of diseases on game, and of damages caused by them. The Center will develop projects for cooperation between the veterinary services and the hunting & fishing organizations on national, regional and international level.

The Agreement for the construction of the International Center for Disease Control on Wild Animals in Bulgaria was signed early last year between the Government of R. Bulgaria, represented by the Ministry of Agriculture and Food and the International Hunting and Game Conservation Council.

At the meeting, attended also by Prof. Nikola Belev, OIE Regional Representative for Eastern Europe and Honorary President of the OIE Regional Commission for Europe, it was agreed to carry out the General Assembly of the World Hunting Association in 2015 in Bulgaria.