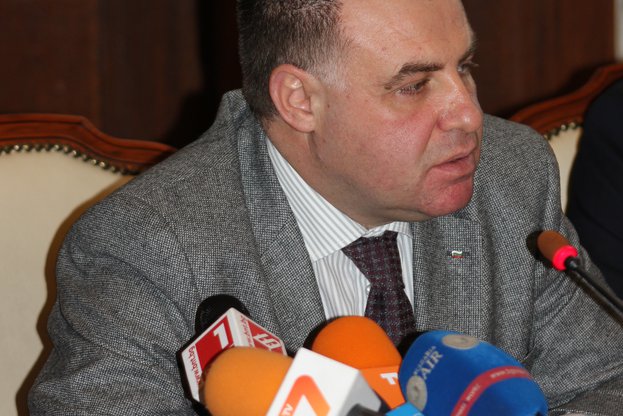 The interdepartmental commission tasked with inquiring into the sale of 29 decares of forest land near Nesebar will come up with a stance on the matter next week, minister of agriculture and food Dr. Miroslav Naydenov told reporters at the commission’s first sitting, which was held at the ministerial building.


The commission will trace back chronologically all steps in the sale process and check whether an administrative error has been made. The commission brings together representatives of the Ministry of Agriculture and Food, the Ministry of Environment and Water, the National Construction Supervision Directorate and NGOs. In the case of suspected crime, the file will be submitted to the prosecution, minister Naydenov noted.

He added that in 2007, with an order of the Nessebar mayor, a detailed land use plan was approved for the 29 hectares object of the sale. In 2008, an order was issued excluding the property from the forest fund. In June 2009, a request was made by the entity in whose favour the exclusion was performed to purchase the plot. The request was supplemented with a tax appraisal certificate for BGN 11 320. The commission at the Ministry of Agriculture and Food rejected the document, requiring an up-to-date appraisal. A new certificate was submitted valuing the property at BGN 540 729, following which an assessment of the property’s market value was made by an independent expert with a property appraisal permit at BGN 581 212. After all taxes, fees and other dues were paid, the transaction value surged to BGN 1 141 849. The file was closed in November 2012, the minister said.

‘After I came into office, we initiated an amendment to the Ordinance and all files as at July and August 2009 were suspended until the new ordinance was adopted. It set forth higher fees and prices,’ Naydenov said. He added that there have not been any procedures so far to exclude land plots from the forest fund in Nessebar.

Toma Belev, board chairman of conservation group Green Balkans, commented that the land use plans of the Black Sea municipalities should be made public. He added that it was high time citizens were given the right to know what land use plans foresee, and also be granted rights.

Minister Naydenov said that once the commission comes up with a stance on the matter, he will inform the prime minister about it.