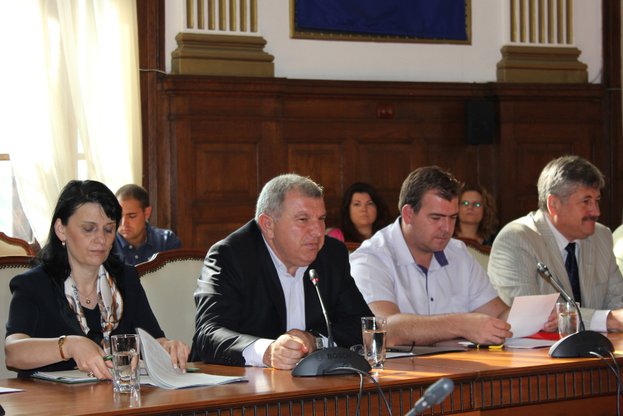 "We must take every opportunity to expand the export of lamb meat because it is a key instrument for development of the sheep sector," said Minister of Agriculture and Food Prof. Dimitar Grekov at the working meeting to discuss the project for export of Bulgarian lambs to Qatar. Deputy Ministers Yavor Gechev and Valentina Marinova, experts and representatives of livestock producer organizations took part in the meeting.

The Arab country has put several conditions on the project, the first one being that the Qatar representatives want to work directly with the Bulgarian state. They further want large supplies of lots of high quality animals for a long period. We remind that the Government of Qatar has deposited $50 million in the Bulgarian Development Bank to be disbursed as interest-free loans to sheep breeders who in turn are to invest the money in livestock, feed and technologies. The Bulgarian livestock producers said this money would be of great use to them given the grave state of the sector. The data they have show that sheep decrease annually by 3% to 20% in different Bulgarian regions.

The MAF experts were adamant that the Qatar project was not a subsidy but a long-term commercial operation, which fact, however, did not reverse the positive effect that the operation could have on our farmers. Minister Grekov explained that the project should be discussed in great detail by the scientists in the livestock production sector before any specific action could be thought of.

Deputy Minister Yavor Gechev added that the project could be combined with the policy which is being developed for the new Rural Development Programme (2014-2020). "We make livestock production a major priority of the policy which will provide the Bulgarian sheep breeders with the necessary financial instruments to develop and be able to meet market demand", he went on.

The representatives of our livestock producers expressed their concerns that if the Qatar project was implemented, this could endanger the Bulgarian genetic resources and the rare local breeds. They referred to the possible requirements investors could have regarding the livestock breeds they would be interested in as the main reason for their concerns. Minister Grekov and the line deputy minister Yavor Gechev were adamant that the State would never allot the Bulgarian sheep breeds to be endangered.

All participants in the working group will receive the detailed requirements of the Qatar representatives, as well as the project itself. They will be given time to make their comments, changes and notes whereupon a new meeting will be held to discuss the changes proposed.