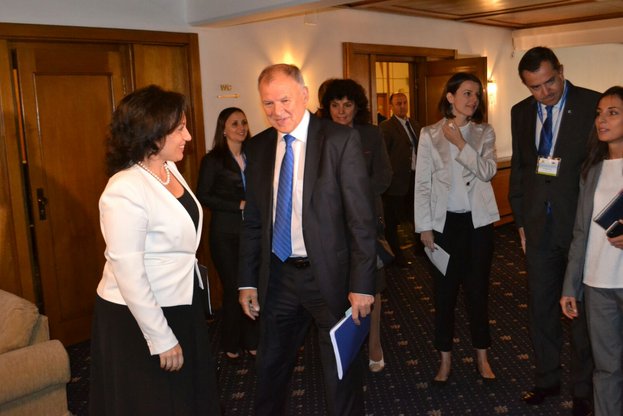 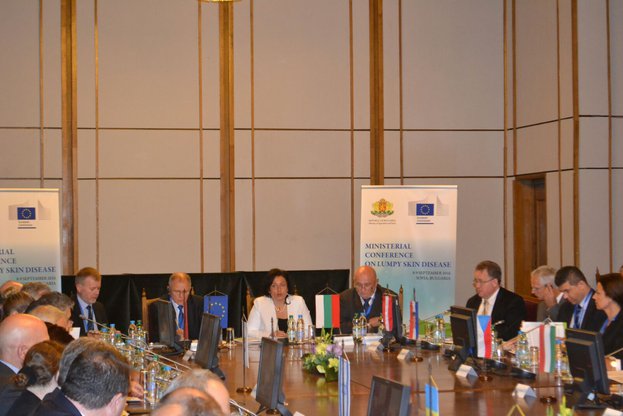 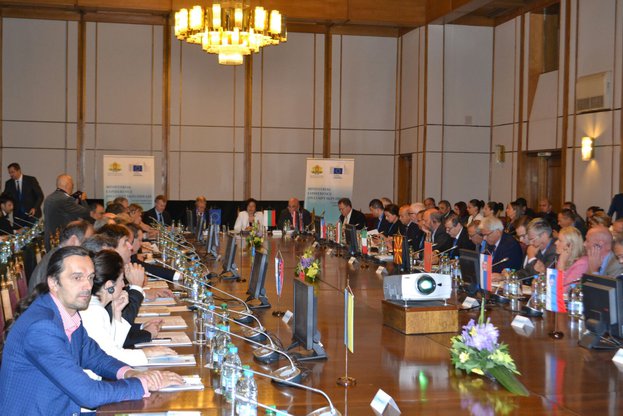 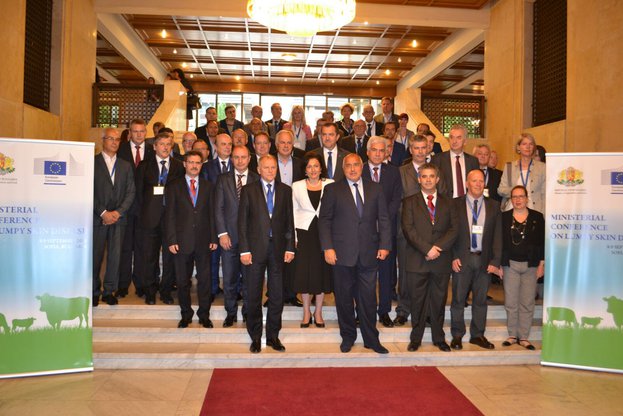 
“Bulgaria is a good example in the fight with LSD and other countries should follow it,” said EU Health and Food Safety Vytenis Andriukaitis at a press conference with the Minister of Agriculture and Food Desislava Taneva, during the Ministerial Conference on the disease Lumpy skin disease in Europe. The meeting was held in Sofia on the initiative of Bulgaria and with the support of the European Commission. It involves ministers and state veterinary sanitary inspectors from 19 countries.


Minister of Agriculture and Food Desislava Taneva expressed her gratitude to the European Commission and Commissioner Andriukaitis for the immediate support. "Bulgaria has received by the Commission the first vaccines within seven days after the outbreak of the disease in mid-April. Immediate was also the reaction of the government, which transferred nearly BGN 15 million to deal with the disease, "recalled Minister Taneva. She added that the vaccination of all herds was carried out by the middle of July and since then no new outbreak of LSD was found.

,, We can say that we have coped with this challenge at this stage. We have organized this conference to demonstrate and gather the experience of all countries. This is the only chance for Europe to cope with any challenge - if it is united with a unified approach to the problems, "said Minister Taneva.

In turn, the Commissioner said that the regional cooperation is crucial to tackle the disease. "In order to deal successfully with the disease, we need to share information related to the epidemiological picture. The EC has already taken a number of initiatives in response to the evolving disease situation. In particular we have used every possibility to provide technical and financial assistance to both Member States and non-EU countries affected or threatened by LSD. I assure you that we will continue to implement the necessary measures in the future. I thank the Bulgarian authorities to timely approach that they followed, "said Commissioner Vytenis Andriukaitis. In his words, Bulgaria has coped very well with curbing the disease and the country can serve as an example for coping with this condition. Meetings, such as this one, are the necessary complement to technical meetings and have already proved to be effective. If the proposals are adopted, I believe it will be extremely useful for coping with these existing problems. Before us there is only one possible way and method of disease control - namely to work together. Commission will do everything possible in cooperation with Bulgarian authorities, to work out a common European position to deal with the disease, "said the commissioner.


Desislava Taneva added that the forum is expected to end with a general conclusion and according to the procedures of the European Union to come up with a special decision of the Commission. "The disease is not transmissible to humans and there is no risk to consumers, this is the most important. The measures and restrictions must be adequate to the degree of risk, so the damage to farmers and countries tol be minimized, "underscored Taneva.