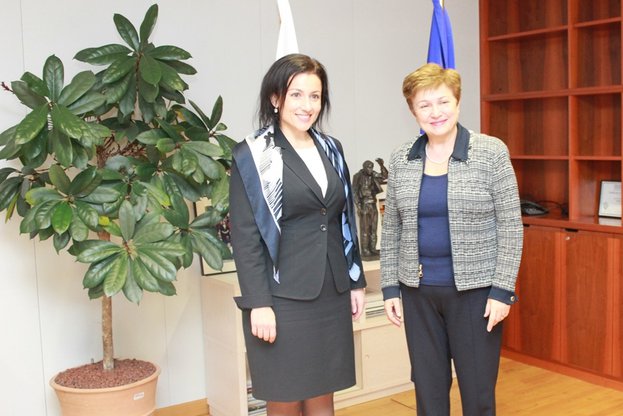 Ministry of Agriculture and Food is actively working on the European Commission’s recommendations and comments on the RDP 2014-2020 program document, sent with a letter in October. ‘We have cleared up over 80% of 436 comments made in total‘stated Minister of Agriculture and Food Desislava Taneva during a meeting in Brussels with Vice-President of the European Commission in charge of 'Budget and Human Resources "Kristalina Georgieva. Minister Taneva assured that the Ministry is working hard on the program document and soon the new draft will be sent back for review by the European Commission. "I hope to begin project acceptance under two of the most attractive measures for the farmers early next year, namely young farmers and investments in the agricultural sector, if our country receives even a prior approval of the program. The Ministry is ready to start acceptance at its own risk, "explained Taneva.


I her turn, Mrs. Kristalina Georgieva said that Bulgaria is to act in an even more energetic way in order to increase EC's level of trust. She appealed to greater activity by experts. Minister Taneva explained that the department is in constant communication and conduct conference calls.

Within the meeting, Minister Taneva introduced to Commissioner Georgieva the key policies that the Government intends to implement in the field of agriculture.