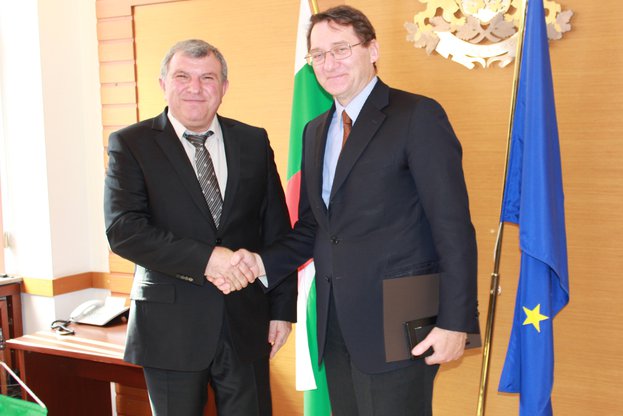 “It is very important for Bulgaria to present  achievements in agriculture and science, and therefore the country will participate in the international exhibition Expo Milano 2015”,  Minister of Agriculture and Food  Dimitar Grekov said at a meeting with Italian Ambassador to Bulgaria H. E. Marco Konticheli.

Minister Grekov, appointed by Bulgaria as National General Commissioner for the exhibition, pointed out that Bulgaria's participation in the forum would give the country the opportunity to present not only agricultural production, but also achievements in science and innovation. “Modern agriculture is impossible without science, and we fully support the more active link between the two”, the Minister said . He added that the country's participation in Expo Milano 2015 would be an opportunity to invite foreign entrepreneurs to invest in Bulgaria.