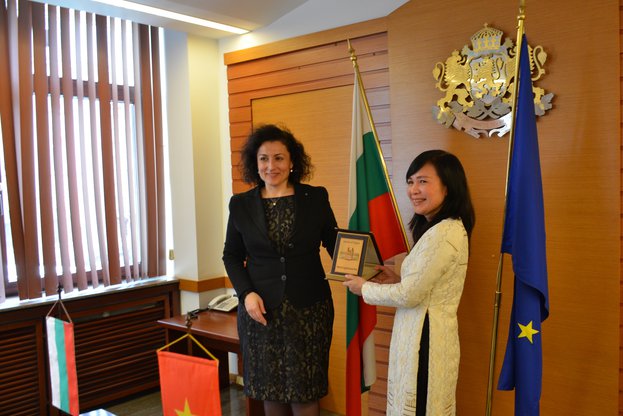 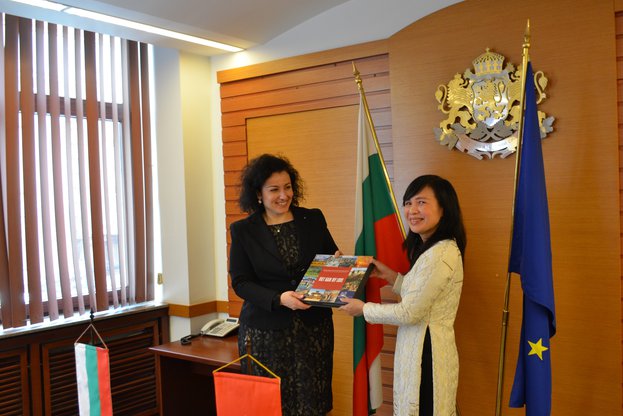 
“Bulgaria will support any operator from Vietnam, who wants to buy Bulgarian tobacco” said Minister of Agriculture and Food Desislava Taneva at a meeting with HE Nguyen Thi Hong Oannes, Ambassador Extraordinary and Plenipotentiary of the Socialist Republic of Vietnam in Bulgaria. Minister Taneva highlighted both countries have established a very good cooperation in agriculture.


"The volume of production of agricultural products has increased. Bulgaria is a safe environment for investment and business development, "said Desislava Taneva adding that good cooperation between the two countries is an additional prerequisite for that.

In her turn, HE Nguyen Thi Hong Oannes said that there is considerable potential to deepen bilateral cooperation in all spheres of agriculture. She added that in the recent years the agricultural trade between the two countries grew as a result of an increase in Bulgarian exports.

In 2015, the value of exported agricultural goods to Vietnam reached US 20.4 mln., which is more than three times than  the previous year. The main products exported to Vietnam over the last two years were sunflower and wheat, as in 2015 there was a sharp increase in wheat exports.