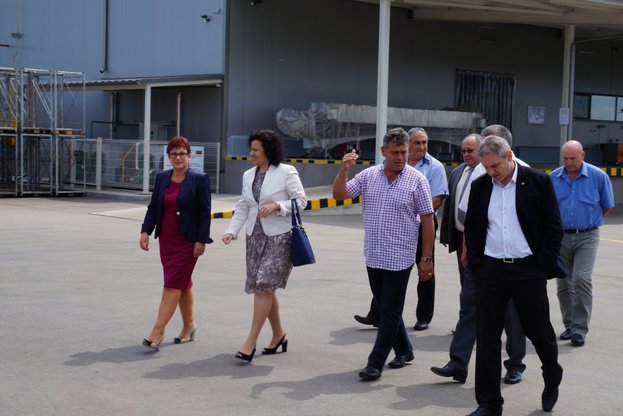 "The grain balance of the country has never been in question as far as it concerns feeding of the population. It's just a question much loved by the media. In the last few years, especially after the accession of our country to the EU, Bulgaria produces more than twice as much grain raw materials than we consume to feed the population, “told before reporters Minister of Agriculture and Food Desislava Taneva during her visit at a processing plant in the village of Letnitsa, Lovech District. According to her, good yields are expected after preliminary research made by the Regional Agriculture Directorates. "Our role is to monitor the market for cartels and manipulations. In this respect, the grain market is one of the most transparent, "said Desislava Taneva.


Fruit and vegetables producers should associate to have easier access to markets, explained Minister Taneva. She added that the only tool that has state support in times of crisis is the so-called State aid de minimis. "There is no way to set a minimum purchase price or by any administrative order to find some official market," said Desislava Taneva. I her opinion, all the possibilities to support the producers will be discussed. All sectors are affected by the Russian embargo.