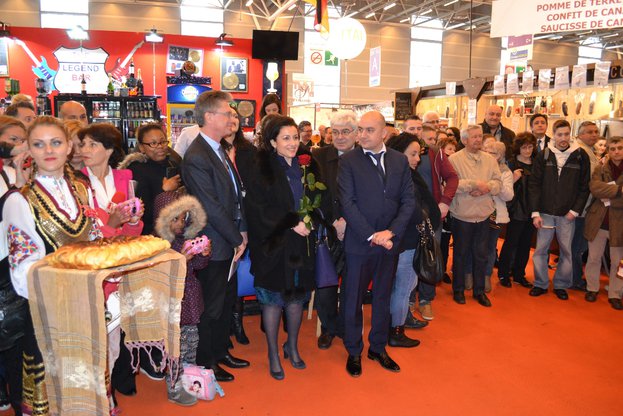 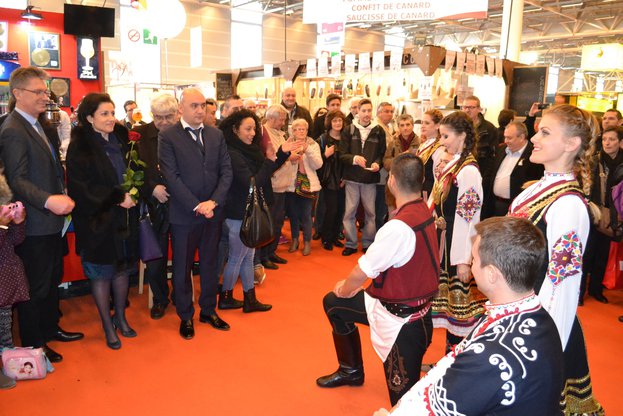 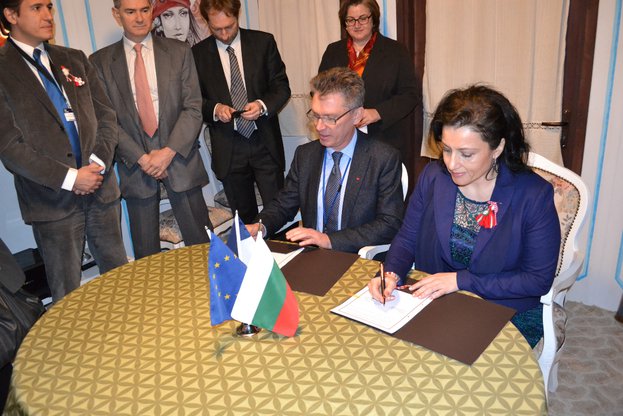 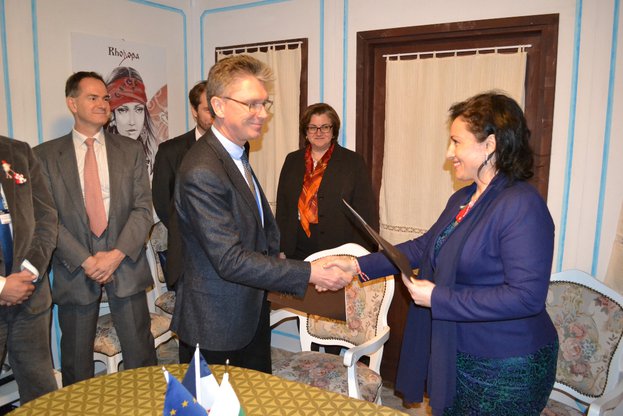 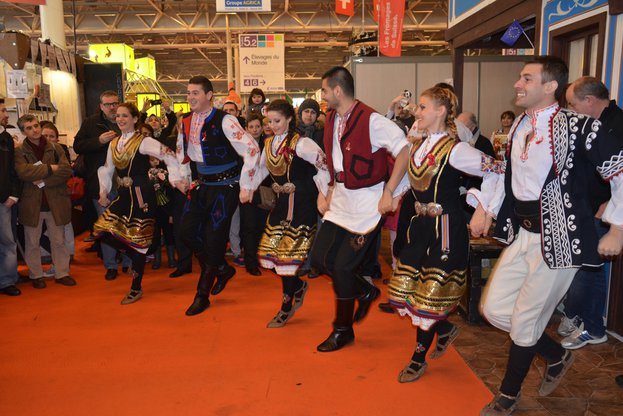 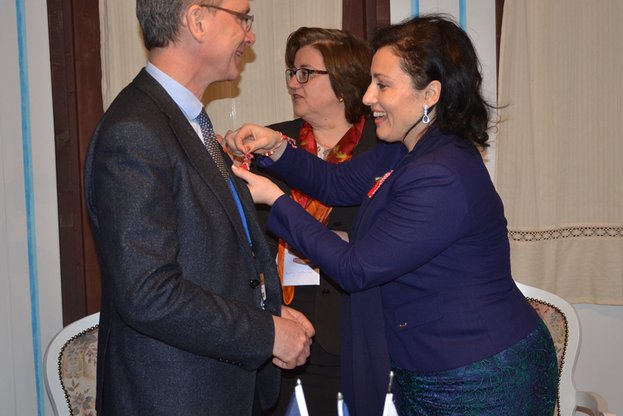 
Minister of agriculture and Food Desislava Taneva and the Director General of the French national service for agricultural and marine products (FranceAgriMer), Eric Allain, signed a protocol for deepening cooperation between the two countries .This happened during the official visit of Minister Taneva at the Paris International Agricultural Show (Salon International de l'Agriculture) 2016.


“We have had very good cooperation with France and I am glad we are represented at this agricultural forum with our national identity on the Bulgaria’s National Holiday and to sign this protocol”, said Minister Taneva. She thanked for the expert assistance that our country has received from France in certain areas in agriculture. We have had very good cooperation with the service for several years, too. Our experts from the Ministry of Agriculture and Food were trained here. They will be the specialists we will have as a basis to stimulate the formation of producers’ associations,” Taneva commented.

“On this bright day for Bulgaria, I am glad we signed this agreement to deepen friendly relations between the two countries," added Eric Allen. Minister Taneva gave him martenitsa. The protocol is valid for a period of three years and will be renewed automatically after the deadline expires each time the two countries deem it necessary.

Bulgaria’s Ministry of Agriculture and Food is taking part in the Paris International Agricultural Show held in Paris with its own stand for a sixth time in a row. The stand presents the Bulgarian traditional way of living and culture, covering an area of 80 square metres. Guests and visitors to the exhibition will have the chance to try some typical Bulgarian products and drinks, such as sheep milk cheese, cow milk cheese, goat milk cheese, buffalo milk cheese, sheep milk kashkaval, cow milk kashkaval, Elena fillet, beef Kayseri pastirma, Panagyurska Lukanka, lokum, honey, rose products, wine, and others.