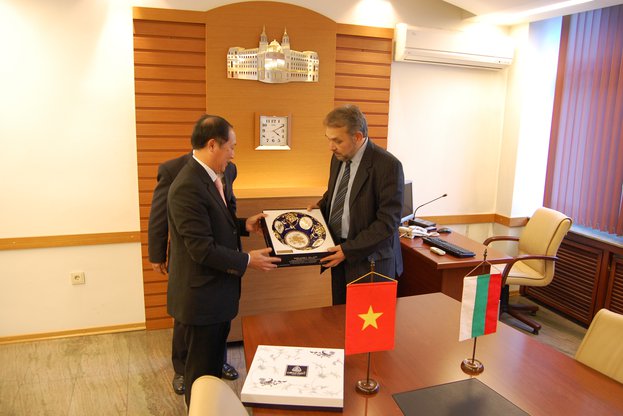 Bulgaria’s deputy minister of agriculture and food Tsvetan Dimitrov met the ambassador of the Socialist Republic of Vietnam Le Duc Luu at the ministerial building.


The new model for cooperation between the two countries envisages a long-term plan for the strategic development of long-term trade and political relations. The first steps in this respect include high-level meetings of Bulgarian and Vietnamese delegations, signing a declaration and holding political consultations.

At Friday’s meeting, opportunities for trade in food products and wines were discussed. Deputy minister Dimitrov proposed that Bulgarian wines should be exported to Vietnam. The Asian country’s experience in fishing and aquaculture will greatly contribute to cooperation between the two countries.

A new high-level meeting is scheduled to take place in January. A business forum will also be held at which delegations of the two countries will attend.