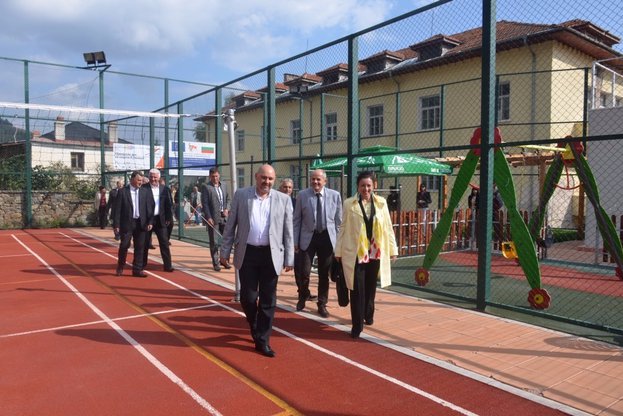 A total of 560 projects have been realized in Smolyan under the RDP 2007- 2013 amounting to BGN 114 million. Out of this, BGN 87 million are within municipal projects. This announced Minister of Agriculture and Food Desislava Taneva in the town Chepelare, Smolyan District. According to her, using these funds the local authorities had the opportunity to improve the living conditions of the people. Minister Taneva visited a multifunctional playground in the town built within a project financed under OP Rural Development 2007-2013 worth BGN 633,613. The Mayor of Chepelare Todor Buzukov announced that the municipality has fulfilled 9 projects worth over BGN 10.5 million.

Minister of Agriculture reminded that the municipalities have several days to fulfill their projects and submit a request for final payment as of October 15. Desislava Taneva gives Chepelare Municipality as a successful example for the absorption of European funds. She commented further the successful implementation of the RDP, under which over 80% of the programme budget had been paid, depended on the fulfilment of their contracts