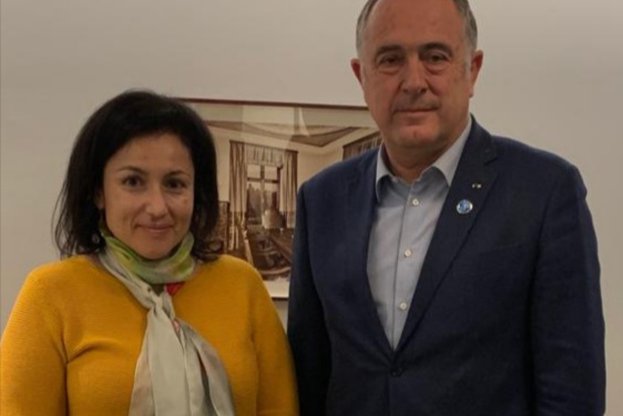 The Minister of Agriculture, Food and Forestry Dessislava Taneva met with her French colleague, Didier Guillaume, within the Informal Meeting of the Agriculture Ministers in Helsinki. Minister Taneva stated that the most important topic for Bulgaria is the coupled support budget in the Reform of the 2021-2027 Common Agricultural Policy. Our country requests for the provision of adequate levels of coupled support. ‘In order to preserve the current support for the farmers, the countries should be provided with the chance to apply the scheme at levels starting from 18%+2% for protein crops if we cannot continue our transitional national support as provided by the European Commission’s proposal,’ said the Bulgarian Minister.

Dessislava Taneva presented to her French colleague an analysis of the Institute of Agricultural Economics for the application of the coupled support within the 2015-2019 period. ‘It shows that there haven’t been any deviations for the last 5 years and that the payments were directed towards the small and medium-sized agricultural farmers,’ noted Taneva. She explained that Bulgaria and France have always agreed on the important topics.

During the meeting, the two ministers discussed the Mercosur trade agreement. Dessislava Taneva commented that the document shall have negative influence on beekeepers in Bulgaria. ‘Taking into consideration the interests of the possibly affected sectors, Bulgaria cannot completely support the ratification of the trade agreement in the part concerning the agricultural products. I share the sector’s concerns,’ added Taneva. Moreover, Minister Guillaume said that France also does not approve of the trade agreement in its current form.

Didier Guillaume noted that France insists on the adoption of legislation on the labeling of products with the country of origin. In turn, the Bulgarian Minister stated that there shall be changes to the legislation about the foods sector in Bulgaria and the topic shall be proposed during the discussion.