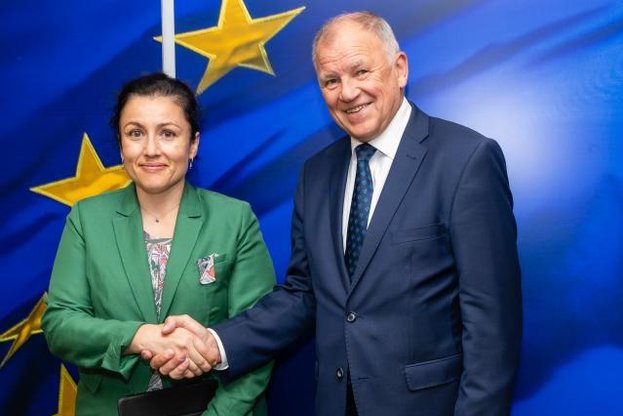 Bulgaria received 2.9 million euros from the 2018-2019 African Swine Fever Disease Prevention Plan by the European Commission. That became clear during a meeting between the Minister of Agriculture, Food and Forestry Dessislava Taneva and the European Health and Food Safety Commissioner Vytenis Andriukaitis in Brussels. Half of the aid would be given in advance to cover the respective expenses.

Minister Taneva presented to the Commissioner the measures taken regarding the personal farms and the small farms in which there is no biosecurity. She informed him that a big part of the population voluntarily assimilated the meat from the animals which had not been registered in the veterinary service and had practically been illegal. Minister Taneva stated that: ‘Since people empathized with and took part in the fight with ASF, we would propose a Prevention Plan. We would take actions aimed at aiding the setting up of biosecurity, repopulation and registration of the locations.’ Andriukaitis declared that the Commission supports the legal producers with biosecurity measures and registration, no matter small or large. He called upon not politicizing the topic but acting in unison.

Both of them were of the opinion that in order to limit and provide protection against the disease, it is necessary the respective biosecurity measures to be observed when raising domestic pigs, no matter the type of the farm. The Health and Food Safety Commissioner emphasized on our country’s responsibility not to allow the spread of the disease in neighboring countries.

It became clear during the meeting that from the 21st of September till the end of October, there would be an audit by the European Commission on the measures the state applied to fight with ASF. The amount of co-funding which we would receive, as well as the financial aid for the actions taken would depend on this audit. All this is under the condition that we strictly implement the European legislation.

As of the 31st of July, 2019, our country has requested 11 million euros which could be used as compensation for eradicated centers of ASF in the pig farms. Minister Taneva was assured that we would receive an answer to that request within 30 days.