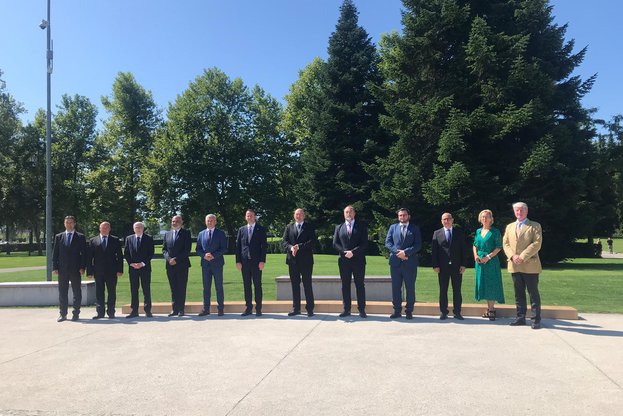 The visit of Deputy Minister Sabev was within the framework of the Ministerial Conference and the subsequent opening of the 59th edition of AGRA in Gornja Radgona, Republic of Slovenia.

The President of the Republic of Slovenia, Borut Pahor, also took part in the opening first day of the agricultural fair. Together with the official delegation, he inspected the exhibitors' stands.

Representatives from Slovenia and other European countries are taking part in the exhibition.

This year the partner country is France, and Japan will be in 2022.

During the conversation with Deputy Minister Sabev, Boris Eryavets said that our country could take advantage of the opportunity to be promoted as a tourist destination.

The organizer of the Slovenian Agricultural Fair showed interest in visiting the Bulgarian AGRA, which is held annually at the International Fair Plovdiv.

Deputy Minister Sabev also had talks with the agriculture ministers of Kosovo and Montenegro to deepen relations between the countries in the field of agriculture and the food industry. These countries still import many products from other Balkan countries-such as fresh fruits, vegetables, doughy products and beverages.

He also discussed the possibility of joint protection of products with a specific geographical indication, as well as strengthening of cultural and culinary diplomacy with the Deputy Minister of Agriculture of the Republic of Northern Macedonia Trajan Dimkovski.