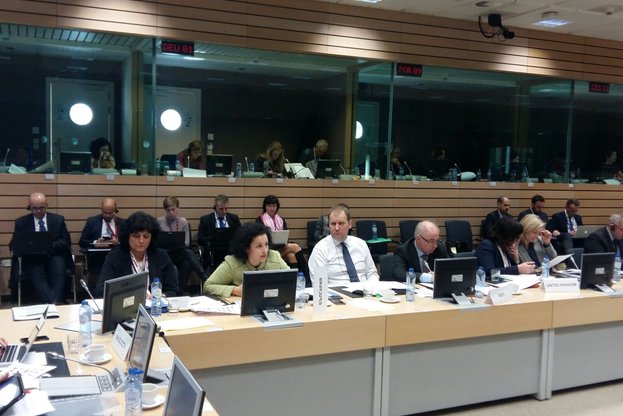 "We should find a way to solve the problem of imbalance of the increased raw milk production in the European Union, and consider sustainable and even declining consumption. This trend exists and continues being the same, “stated Minister of Agriculture and Food Desislava Taneva at the sitting of the EU Agriculture and Fisheries ministers in Brussels.


Desislava Taneva pointed out that one of the possible solutions is seeking new markets in third countries in order to achieve sustainable prices for farmers. "It is necessary to think about steps towards dropping the Russian embargo," specified she.

In her opinion, farmers must voluntarily limit the volume of production, as a tool for overcoming the existing imbalance and added that farmers can also reorganize their activities in a way that would bring them income from the European funds, not from the crisis budget, "she added further.

Minister Taneva urged her colleagues to come up with a decision and a clear message to the farming communities. "This will help animal breeders in each country to voluntarily reduce their production volumes and look for ways to improve their competitiveness," added Taneva.

Minister also commented the crisis in Fruits and Vegetables sector saying that the Turkish embargo will have its impact on the market yet this season. She suggested in the list of withdrawn fruit quantities cherries to be included. Thus Member States will be able to redirected unused amounts of allowances.

Desislava Taneva proposed the amounts under the school fruit and school milk schemes to be increased, because it will lead to increased consumption.