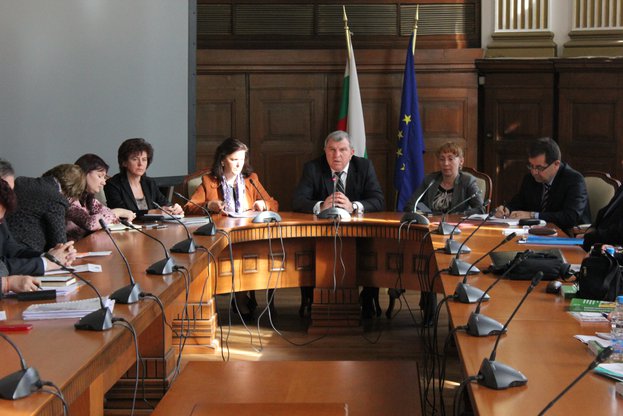 “We expect constructive proposals from the Institutes for the Agricultural Academy Reform”, announced Minister of Agriculture Prof. Dimitar Grekov at the meeting with the leadership of Agricultural Academy, director s of the Institutes of the Academy, syndicates, university rectors, Prof. Svetla Buchvarova- the Chairman of the Agriculture and Food Committee to the National Assembly and Penko Atanasov MP from the "Coalition for Bulgaria ".

Minister Grekov pointed out that the proposals for reform of the Academy should come from the institutions’ scientific  teams and added that the decision for  the future of agricultural science should be supported by all interested parties . " We're not talking about cuts of researcher workers,  but for a new model by which to maintain and develop the Bulgarian agricultural science ," assured the Minister. “It is necessary the Academy institutes to design an applied science , which will immediately give results at the same time institutes  should work directly with farmers and agribusiness . " You have the scientific potential that should be developed ," said the Minister. He concluded that today, as  at the previous meeting with the syndicates ,we all are united around the idea that Bulgarian Agricultural Academy cannot exist in the same state” .

Meeting in the same format will be held during the" Agra” Agricultural Exhibition, where the proposals received by the institutes to be summarized.