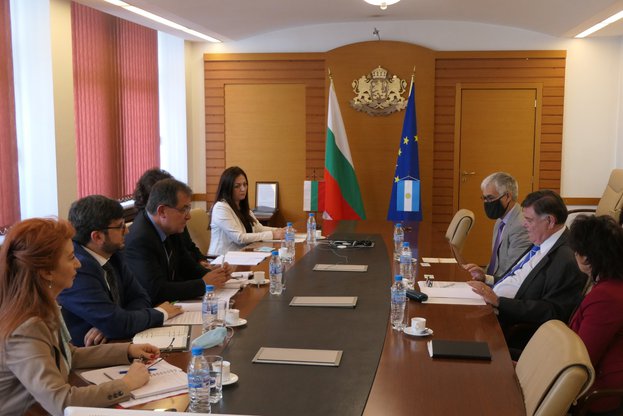 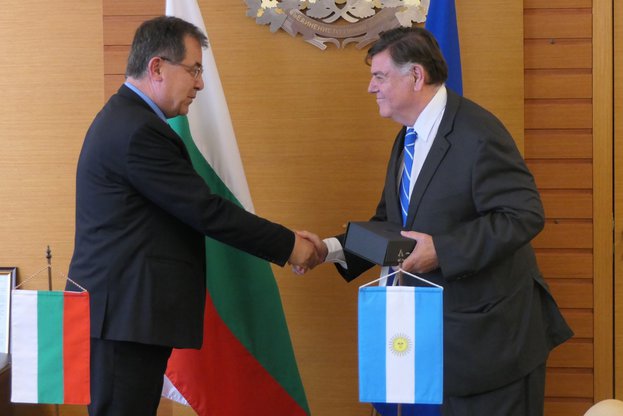 Argentina is interested in purchasing Bulgarian rose oil for its cosmetic and pharmaceutical industry. This became clear during a meeting between the Minister of Agriculture, Food and Forestry Prof. Dr. Hristo Bozukov and the Ambassador Extraordinary and Plenipotentiary of Argentina HE Alfredo Atanasoff.

"We are proud of the high quality of our rose oil and we are looking for its realization on the foreign markets. I will be happy if we manage to jointly support the rose growers and processors in the country ", the Minister of Agriculture Prof. Dr. Hristo Bozukov was explicit. According to him, other countries have started their own rose oil production, but use ours as a quality improver.

From its side, Argentina requested co-operation in setting up associations between Bulgarian farmers and Argentine agricultural machinery manufacturers. "Our country is developing direct sowing technologies. 39% of the facilities in Bulgaria are Argentine-made, "added HE Alfredo Atanasoff. He explained that Argentine was presented with six stands at this year's edition of BATA AGRO exhibition in Stara Zagora. In his opinion, there is a strong market presence of importers of agricultural machinery in our country. "I deeply believe that Bulgaria can significantly increase the levels of its production this way the Argentine ambassador said further.

During the meeting, Deputy Minister Georgi Sabev pointed out that the Agricultural Academy and research institutes within its structure showed interest to develop cooperation with the National Institute of Agricultural Technology (INTA) in Argentina for. "The climatic conditions in our countries are similar, so we can share experience," he added.

During the conversation, the joint work between Bulgarian and Argentine specialists in the field of anti-hail protection was also discussed. Argentina has good practices in using aircraft and generators to combat hail, and currently two Argentine experts are involved in the pilot project for the aircraft system.