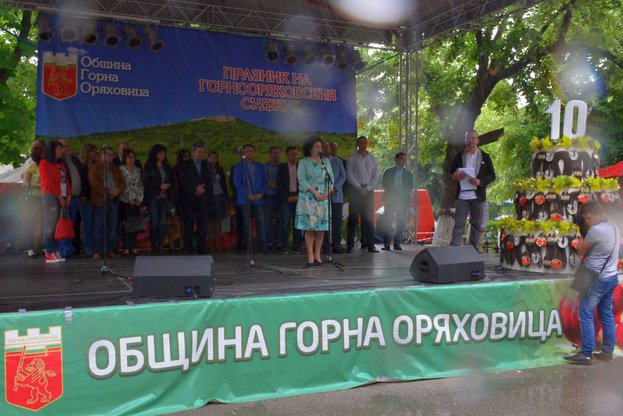 “Euro budget totaling to EC  mln was allocated for promotional programs in 2016”, stated  Minister of Agriculture and Food Desislava Taneva at the official opening of the tenth celebrations of the Gornooryahovski Sudzhuk. She added that the way to apply itself is now much easier and will be carried out electronically directly to the EC. "The participation of local producers in these programs is one of the ways for our country to better position itself in foreign markets," said Minister Taneva.
Minister of Agriculture and Food said that Gornooryahovski Sudzhuk is the most famous local product in Bulgaria. In her words, it is the first Bulgarian protected geographical indication included in the European register of Protected Geographical Indications. "The second product is Bulgarian rose oil. We added four more Bulgarian meat products traditionally specific character. In the procedure is "Bovine Jerky" and three other food products, "said Minister Taneva. She said further that traditional Bulgarian foods, including honey, should be included. "These products are prioritized for participation in European promotional programs," said Desislava Taneva.
"The policy we are taking to the maximum possible percentage of coupled support should lead to increased production of meat, fruit, vegetables, and milk. Compared to last year we have an increase in the stock of almost all animal species. Our hope is this trend to continue, regardless of the problems we face in the sector, "said Minister Taneva.
She wished the producers, attending the festival, to get to know always the responsibility of the registered geographical indication. According to her, any compromise in the quality and recipe should not be allowed Bovine Jerky.