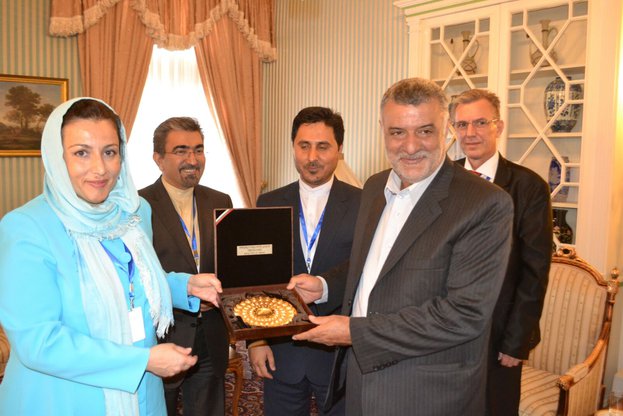 Bulgaria launches procedure for Bulgarian honey export to Iran. Minister of Agriculture and Food Desislava Taneva officially handed a letter on procedure’s launching to her counterpart Mahmoud Hojjati, Minister of Agriculture of the Islamic Republic of Iran. The meeting between the two ministers was held within the visit of the official government delegation led by Prime Minister Boyko Borisov in Tehran, Iran.

During the talks Desislava Taneva pointed out that the production of honey and bee products held the highest share of bioproduction - 20% in Bulgaria. She addressed her colleague for assistance for the faster finalization of the already launched procedures on the export of Bulgarian poultry meat and dairy products to Iran. “Business operators from the two countries will benefit from this opportunity," highlighted Minister Taneva. Tobacco and tobacco products are among the products which are well known and have the largest share in trade relations between the two countries.


"We want good cooperation that we have to be deepened further and to expand in agriculture," said Minister Taneva. "This would lead to an increase of trade exchange in the agricultural sector," said the Bulgarian minister.  She explained that the merchandise exchange between Bulgaria and Iran was estimated in USD 3.139 million in 2013, while in 2015 – USD 52 million.

During the meeting they discussed the possibilities of exchanging scientific experience and researches.