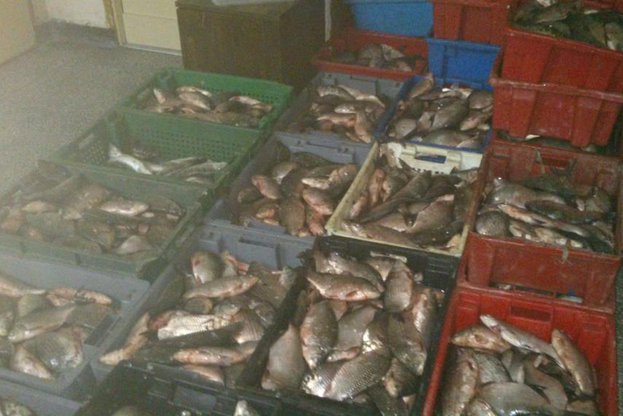 Inspectors of the Fisheries and Control sector of the Dobrich unit of the Executive Agency for Fishery and Aquacultures (IARA) and police yesterday seized 469,200 kg of fish planned to be illegally transported to Romania.


Two Romanian citizens were detained just before crossing the Bulgarian-Romanian border at Durankulak, from where they were about to export the fish.

The IARA experts found that the fish had no documents, and neither did the vehicle with which it was transported – Volkswagen Passat. The vehicle was not specialized for fish transport either.