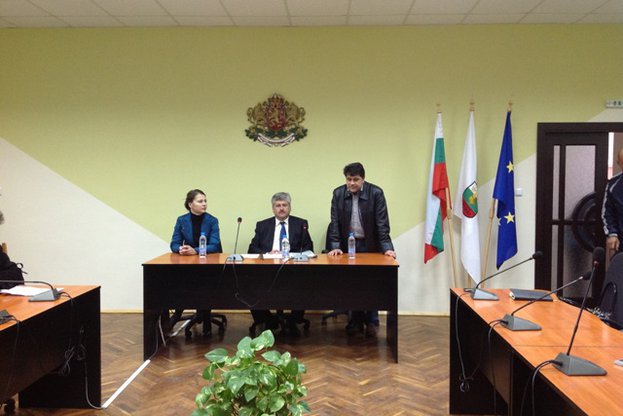 In the new programming period, special emphasis is placed on young farmers and small farms by directing definite financial resources to them. This statement was made by agriculture and food deputy-minister Burhan Abazov at a meeting with agricultural producers in Sitovo. He pointed out that in the period 2015-2020, 2% of the funds under the direct payments were to be given as allowance for area payment to young farmers. Deputy-minister Abazov explained that in the transitional for our country 2014, Bulgaria earned the opportunity to use 6.5% of the direct payments funds, which is approximately double compared to the funds provided so far. These additional funds will be allocated to the vulnerable sectors of fruit and vegetable growing, and stock breeding, which were neglected during the recent years.
Bulgaria will make maximum use of the opportunities stipulated under the Common Agricultural Policy with the agreed possibility to use the 13% ceiling of the direct payments during the period 2015-2020 for the vulnerable sectors in our country.
Later, deputy-minister Abazov had a meeting with tobacco growers in Dulovo. He was definite that the tobacco growing sector was vitally important for our country due to economic, social and demographic reasons and that the government was going to encourage and support the sector with funds from the national budget.
He called upon the tobacco growers to be more active in providing additional profitability through the opportunities for renovating their farms under the Rural Development Programme (2014-2020), the agricultural measures, improvement of varieties, etc.
Deputy-minister Abazov made this visit in the context of the two-day working visit to Silistra and Dobrich of Daniela Bobeva, deputy prime minister for economic development.