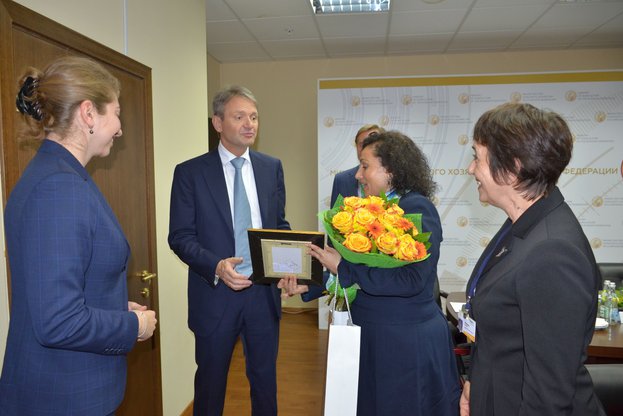 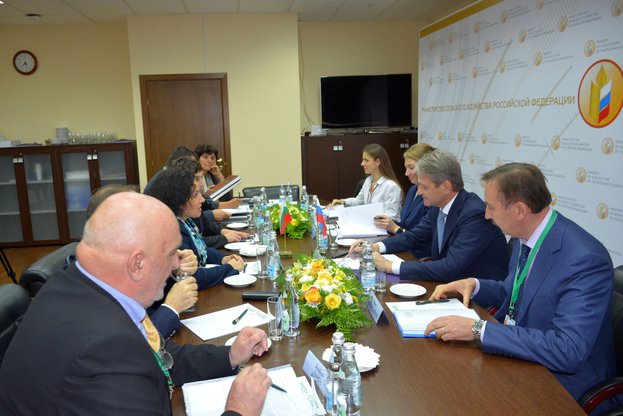 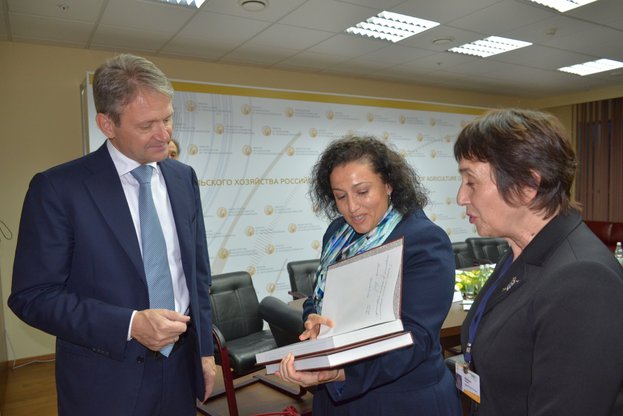 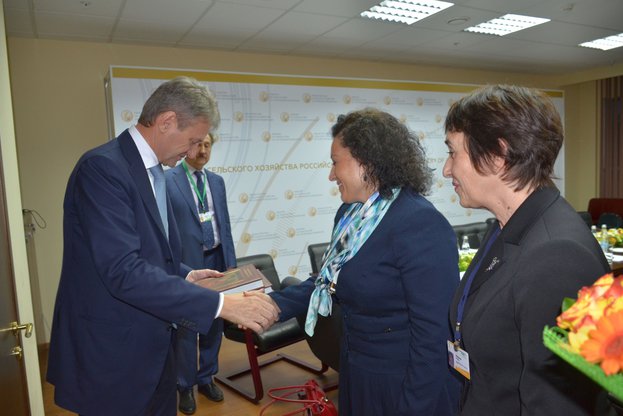 
Minister of Agriculture and Food Desislava Taneva and her Russian colleague Alexander Tkachev, Minister of Agriculture of the Russian Federation, discussed the possibility of export enterprises interested in exporting to Russia to undergo prior approval. Minister Taneva is on an official visit to Russia for the International agro-industrial exhibition "Golden Autumn 2016" held in Moscow.


"It is very important for the Bulgarian enterprises to get the necessary certificates for export to Russia," said Minister Taneva and explained that this way they will have no obstacle to start exporting after the lifting of the Russian embargo. She pointed out that at present 27 companies have shown interest to export. According to her, local producers have to go through all the procedures even while the embargo is acting. In his turn, Minister Tkachev assured Minister Taneva that the approval procedure could be launched in 2017. It is expected Russian inspectors to visit the Bulgarian Food Safety Agency and export enterprises next year.

During the meeting, the ban on imports of products of plant origin with phytosanitary certificates issued by the Food Safety Agency, which currently affects mostly herb producers in Bulgaria, was also discussed. The two officials agreed in October a team of experts from the Bulgarian Agency to visit the Ministry of Agriculture in Russia, where they can be trained to work with the electronic system, which controls the plant products that enter the Russian Federation. "Both institutions should find a solution and ability to electronically track the export phytosanitary certificates. If a person has decided to fake a document, as was the case last year, the electronic system will track the documents and verify their authenticity, “pointed out Minister Taneva.

Both ministers expressed their willingness to further develop cooperation in the field of agriculture and food, as more fully use the opportunities for a  modern, export-oriented agriculture.