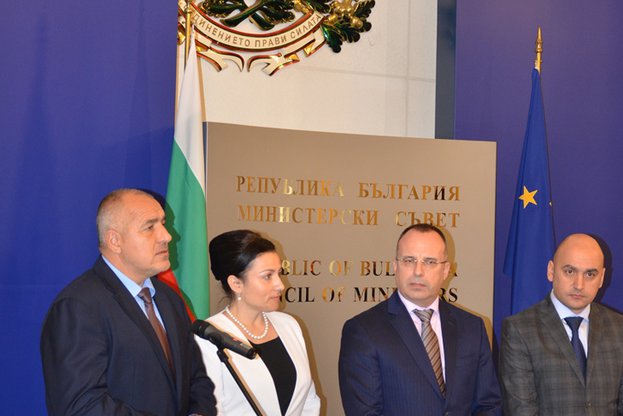 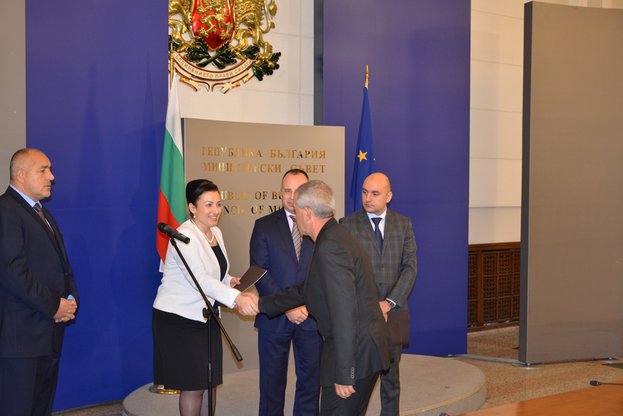 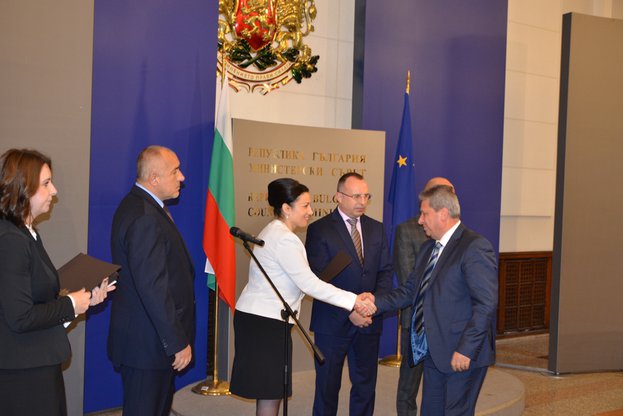 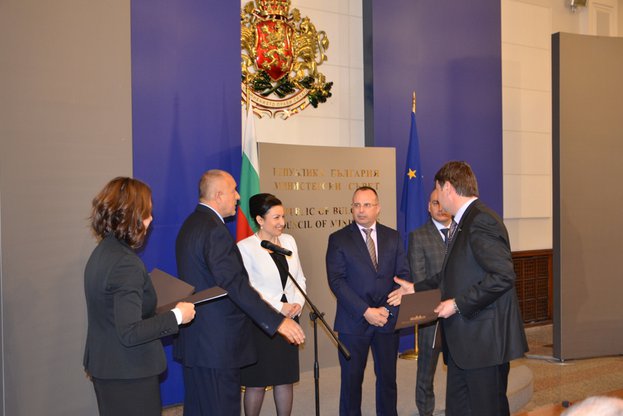 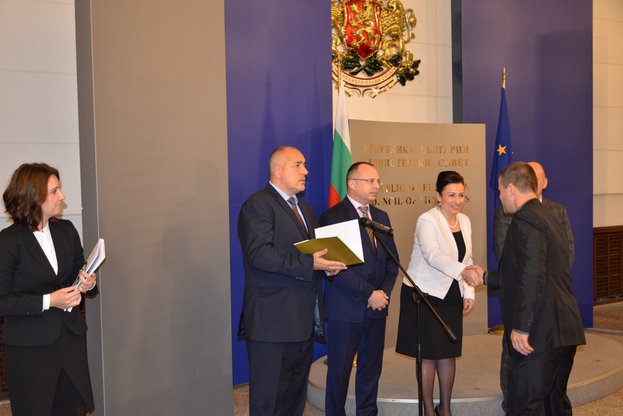 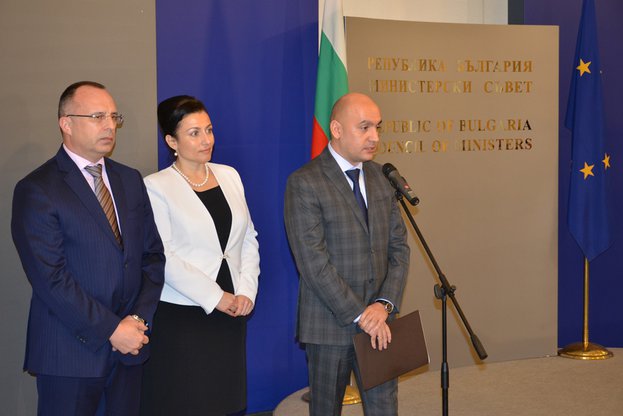 
Municipalities and agricultural producers are the first beneficiaries who received contracts under the Rural Development Programme 2014-2020. The contracts were awarded by the Minister of Agriculture and Food Desislava Taneva, Prime Minister Boyko Borisov and the Executive Director of State Fund "Agriculture" Rumen Porozhanov. "A total of 2.9 billion EU will be available to businesses, farmers and Bulgarian rural municipalities in 2020," said Minister Taneva stressing that the RDP’s old programming period 2007-2013 ends with one of the most successful results, namely a 93% absorption of the budget, thanks to the measures taken by the government.


Minister Taneva thanked the Prime Minister Boyko Borisov for the support. In his turn, the Prime Minister urged municipalities to use money from the Rural Development Programme for the benefit of the people. "My appeal to you is to act as much as possible, visibly, clean and carefully. With this good absorption of the budget of over 93%, we should not make any mistakes.  I wish you success because it is a lot of money entering and we should use them to benefit people, "he said.

"Initial information shows great interest in the measures. I want to wish everyone a successful implementation of the program, completion of projects on time and of course improvement of the conditions for business by farmers and municipalities in public measures, "said Minister Taneva. She recalled that the new program, which has already had an open reception on four measures, was returned by the European Commission at the beginning of the year.

Deputy Minister of Agriculture and Food Vassil Gorudev added that preliminary contracts for the development of local action groups’ strategies were awarded. "This is a new element in the RDP 2014-2020, where we finance municipalities for the development of strategies. Today we signed contracts with 66 local action groups, covering 119 municipalities “said Groudev.

During the official ceremony Rumen Porozhanov concluded that the RDP 2007-2013 ended successfully with very intensive payments.