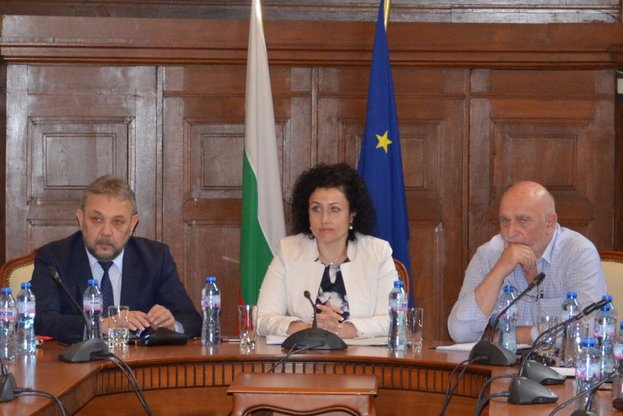 
In connection with the pan-European crisis in the sector, the Ministry proposes amendments to the Ordinance on specific requirements for dairy products. The aim is on the one hand to support the dairy sector. Amendments introduce new requirements for dairy products and for the imitating ones, containing milk in their composition, as well as requirements for the producers and merchants of these products and their labeling. The idea is to regulate and limit the use of powdered milk and vegetable fats in traditional dairy products. Changes and manner of labeling of the imitating products should be the size of a font at least 75%. The aim is to increase the opportunities for informed choice and to guarantee the rights of consumers. Imitating products will be marketed exclusively in packages. Changes in the Ordinance are published for discussion on the official website of the Ministry.

Bulgarian Food Safety Agency informed that carries out permanent control of dairy products on the market.

Statistical information on procurement prices of raw cow's milk was also presented at the meeting. The average purchase price in Bulgaria in March 2016 was 3% lower compared to February and 11% lower compared to March 2015. Minister of Agriculture and Food Desislava Taneva announced that probably in September options for financial support to the Milk sector will be discussed.

In connection with the lumpy skin disease Executive director of the Food Safety Agency, Dr. Damyan Iliev informed that today third tranche  of 100 thousand vaccines  will be distributed for the immunization of  cattle in Southern Bulgaria. He added that next week will be delivered another 350,000 doses for Northern Bulgaria. At the meeting it became clear that to date in the country registered 124 disease outbreaks. The number of affected animals at the moment is 2164, and of those euthanized amounts to 2012.