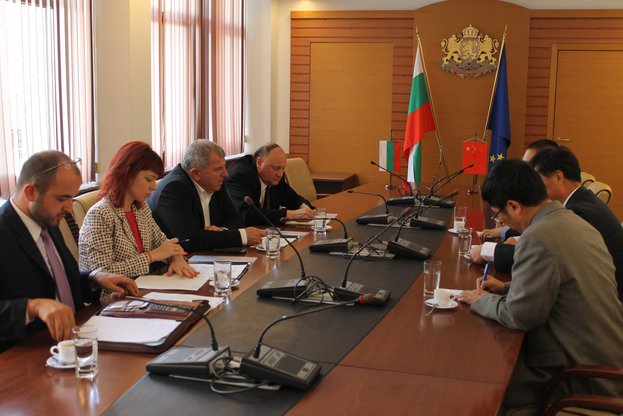 “Bulgaria is ready to host the ninth forum on agro-trade and economic cooperation between China and the countries of Central and Eastern Europe (CEE) from 5 to 6 November 2014”, said Minister of Agriculture and Food Prof. Dimitar Grekov speaking at the official meeting with H.E. Wei Jinghua, Ambassador of the People's Republic of China to Bulgaria.

Minister Grekov expressed Bulgaria's wish to host the international forum in April 2014, with a letter  to the Chinese counterpart. Bulgarian Minister confirmed this intention  yet in May 2014, during his official visit to China when he met with Yu Xinrong, Deputy Minister of Agriculture of the Asian country.


"We hope that we’ll get  an official confirmation from the Chinese authorities in a short time," said Minister Grekov.

Minister Dimitar Grekov  also expressed Bulgaria’s firm desire a center for cooperation in agriculture under the initiative for cooperation between CEE countries and China to be established in our country.