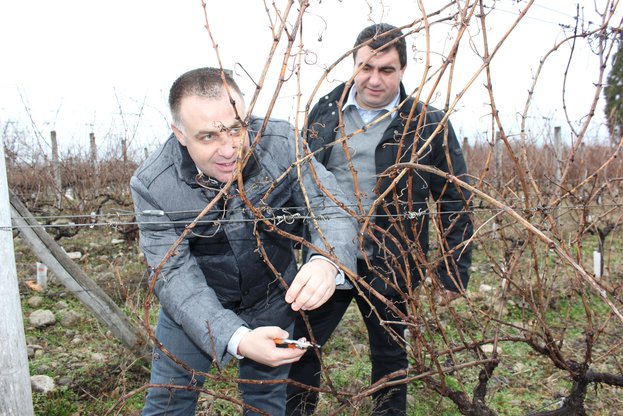 The exports of Bulgarian wine have surged by 2% year-on-year in 2012, Minister of Agriculture and Food Dr. Miroslav Naydenov said at the traditional pruning of the vines at the Rose Valley winery vineyard in Sopot.

Minister Naydenov greeted all vine growers and wine makers for Trifon Zarezan, the day when Bulgarians celebrate wine and the eponymous patron. Vine growing is a strenuous business as work begins now but the benefits are only reaped in the autumn, the minister noted.

The vine pruning ceremony was also attended by Minister of Education, Youth and Science Stefan Vodenicharov. The two ministers announced that the Sopot high-school will be designated a professional vine and wine school to ensure that well-prepared experts enter the industry.