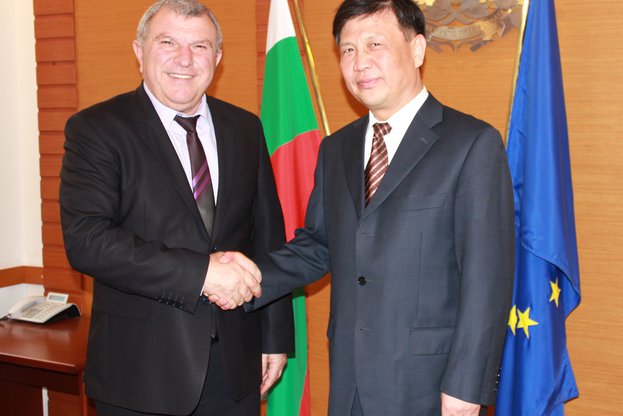 “Cooperation between Bulgaria and China in the sphere of agriculture had progressed from the stage of ideas to the stage of implementation”, declared Minister Dimitar Grekov at a meeting with Chinese Ambassador Wei Jinghua. The two discussed the forthcoming visits of Bulgarian delegations to China.

During the meetings an evaluation of the progress under the project for a Center for Agricultural Cooperation between China and Central and Eastern European Countries is included. "Our country occupies its rightful place in the agriculture of the European Union and if this Center is built in Bulgaria, we will be an excellent partner of the Chinese and European producers who want to set foot on these two huge markets," Minister Grekov stressed.

Another topic of discussion was the forthcoming organization of the traditional Agro Trade and Economic Cooperation Forum between China and Central Eastern European Countries. For the first time, Bulgaria offered that the forum take place outside China, proposing to be the host country. "This will be an event which will stimulate real contacts between businesses so that our agricultural producers can have one more opportunity to sell their production" Minister Grekov stated.