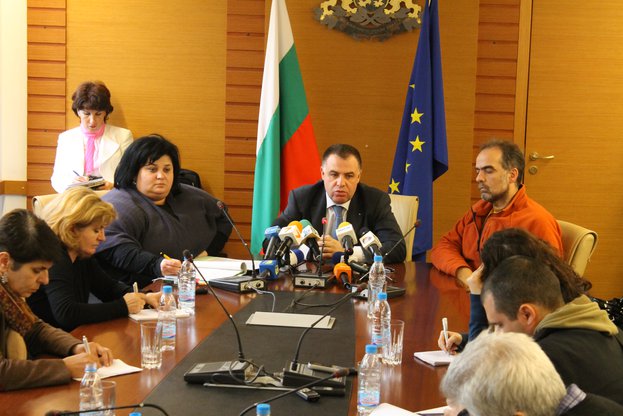 A working group will be put together to draft amendments to the State Aid Act as Bulgaria anticipates the European Commission’s decision on forest swap deals carried out under the former government.


The decision was made at a meeting on Monday between Minister of Agriculture and Foods Dr. Miroslav Naydenov, National Assembly Legal Affairs Committee Chairperson Iskra Fidosova and representatives of Let Nature Remain in Bulgaria Coalition.

The aim is to develop legal mechanisms that will empower the state to seek damages from beneficiaries in proven cases of unauthorized state aid.  Beneficiaries will either return the financing or pay the difference to the market value of the received aid.

Minister Naydenov noted that legislative changes are sought at this particular moment to make sure the country is prepared even for the Commission’s most negative decision.


Ms Fidosova pledged that the changes to the State Aid Act will be drafted by the end of the year and passed by Parliament at second reading by March. The amendments will both affect past swap deals and prevent future transactions of that kind. A new method will also be developed to calculate the real market price of properties, where the median price of 50-100 properties in the vicinity will be taken into account.

The new contracts will also require beneficiaries to pay the value difference in case of proven state aid.

‘On the very first day we came into power, we made the commitment not to fell a single tree in the swapped forests, and we honoured it. We now make the commitment that, should the European Commission come up with a negative decision, we will not file an appeal but immediately commence drawing up statements to recover the aid and defend the interests of the state,’ Naydenov explained.

‘I expect that most owners of swapped forests would prefer to return the properties instead of paying for them,” the minister said, adding that in just 15 out of the total 147 swaps the land status had been changed before the moratorium was imposed. He predicted that the owners who have started building works on the sites are likely to go for the payment option. There are cases of returned farming plots after it was proved the swaps had been unauthorized, he said.