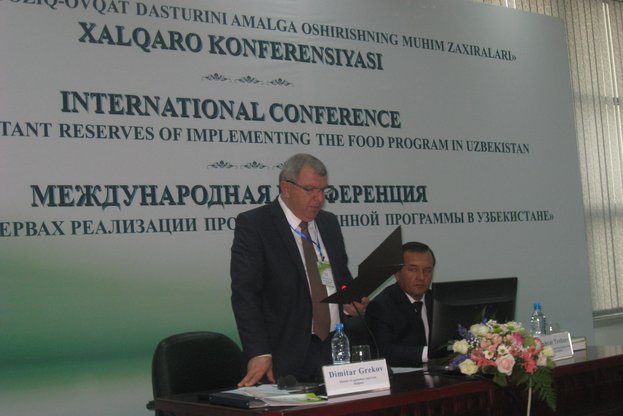 “Import of foreign fruits and vegetables has decreased 10 times since the start of regular checks on the 7 border checkpoints of Bulgaria's southern border”, announced Minister Dimitar Grekov during a live broadcast on the "Focus" radio from the capital of Uzbekistan - Tashkent. Minister Grekov is on official visit in Tashkent taking part in an international conference themed “Most important reserves for the implementation of the food programme in Uzbekistan” where he also negotiates the opening of Uzbek markets for Bulgarian agricultural products.

In addition to the topic of border control, Minister Grekov specified that the ministry will insist on allocating some money to the Bulgarian Food Safety Agency with the budget update in order 100 inspectors to be able to carry out 24 -hour border control inspections. "We will continue to protect small farmers because they produce quality Bulgarian products. I ordered checks on unregulated import of vegetables at border crossings to be carried out by mobile groups by the end of June, "said Minister Grekov.

Asked about the talks led during the international conference, Minister Dimitar Grekov noted that Bulgaria has all conditions to start exporting organic food to Uzbekistan. He pointed out that there is a country known for its quality varieties of pepper and tomatoes that can be offered to the Uzbek market. “Bulgaria can benefit both the implementation of the Common Agricultural Policy of the EU and cooperation with other countries outside the EU. In this sense, we consider it important to foster the development. Also, I will mention that Bulgaria has a long tradition in the field of agricultural science that can contribute to the further development of cooperation in science and technology for the production of food and beverages”, he added further

According to Minister Grekov the topics discussed are very important for Asia and show the progress of the region.