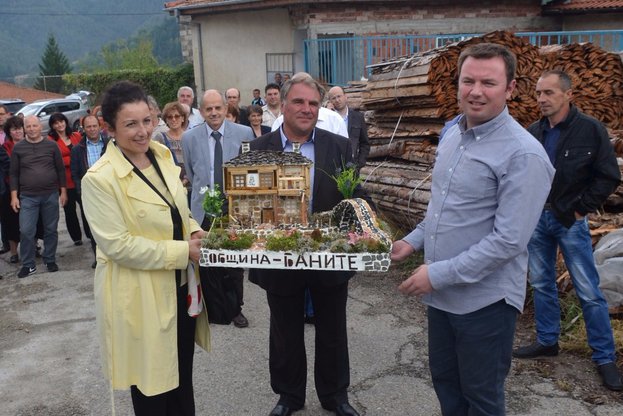 “We will offer the forest associations and cooperatives to be eligible beneficiaries under the forestry measures of the Rural Development Programme 2014-2020”, stated Minister of Agriculture and Food Desislava Taneva during a meeting with the representatives of forest owner cooperatives, timber enterprises in the town Chepelare. Desislava Taneva commented that the proposal of the branch is a good one and the Ministry will discuss with the European Commission the opportunity the branch to be able to apply under the program.

During the meeting, Deputy Minister Georgi Kostov announced that the price of coniferous wood firewood will be reduced from 5 to 3 levs, VAT excluded. This concerns the South-Central State Forestry Enterprise and will enter into force on October 1. “This way, the wood will be preserved for the next year, because if stays in the forest will rot," said Deputy Minister.

Minister of Agriculture and Food Desislava Taneva attended the official opening of the playground in the village of Oryahovets, Smolyan district.  The facility is realised within a project financed under Leader approach of the OP Rural Development 2007-2013. It is worth BGN 190 thousand.