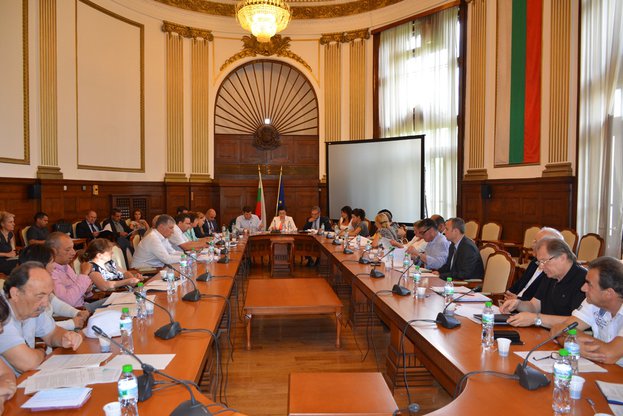 "A review of the legislation in the field of agriculture and food industry will be made in the autumn in terms of fees and charges collected by business operators," said Minister of Agriculture and Food Desislava Taneva during a meeting of Advisory Council on Grain that took place yesterday at the Ministry of Agriculture and Food. She added that this way elimination of unnecessary administrative burden and business facilitation would be achieved. The branch organizations put questions related to the quality of plant protection products and their illegal import. Minister Taneva commented that with regulatory changes envisaged strengthening of product quality control as well as enabling farmers to enjoy most of the preparations that are authorized for use in the European Union.

According to forecast data, it is expected wheat harvest in 2015 to be around 4.5 million tonnes, while that of barley about 700 000 tonnes. Chairman of the Advisory Council on Grain Ventsislav Varbanov commented that despite the bad weather conditions this year's harvest will be good. Product quality will be better than last year.