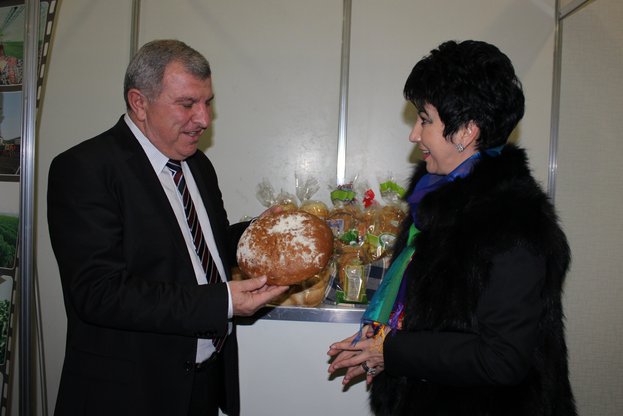 “With the inspections along the borders and commodity markets, initiated by us several months ago, we managed to increase radically the demand for quality native produce”. This statement was made by agriculture and food minister Prof. Dimitar Grekov during the official celebration of the Food Industry Day. “We are doing this so that only quality products can reach the consumers, products making us famous all over the world will”, emphasized the minister. In his opinion, this will have a positive effect on the Bulgarian agricultural producers and will generate more revenues in the budget as result from reducing the non-regulated import. Minister Grekov added that the inspections were going to continue also in future.


He was definite that the state exercised strict control on a daily basis on all units in the chain producer-processor-trader. In his words, our country has excellent conditions to produce bio foods, except for the persisting problem of the small percentage native raw materials used in the production. Minister Grekov added that MoAF was going to continue the meeting between the branch organizations and the large retail chains. “With more clarity between the two parties, the agricultural producers will know even now what quantities will be needed for the sales next year. This is the correct way – planning, contracting, producing and then selling in the shops”, emphasized Prof. Grekov.

He recalled that in the next years, the small farms were going to have the opportunity to offer their produce directly on the market, while observing the requirements for quality and control. Moreover, they will have a special support from the new Common Agricultural Policy.

In the context of the ceremony, minister Grekov handed honorary diplomas to representatives of the food branch.