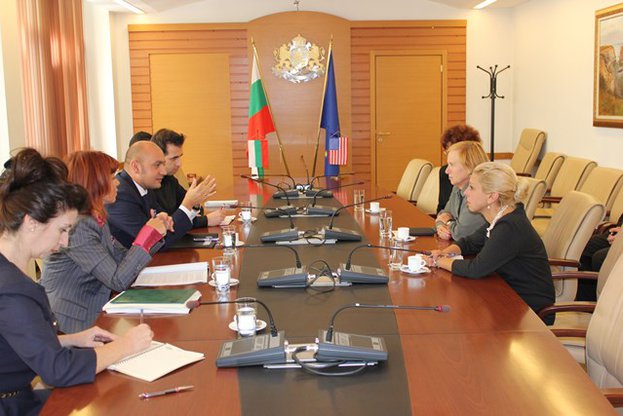 "We managed to revive the pace of work, overcome the delays and finally have an active dialogue with the EU institutions in Brussels which guarantees us quick reflection of the recommendations relating to the new Rural Development Programme, “stated Minister of Agriculture and Food Vassil Groudev at the meeting with the Ambassador of USA to Bulgaria H.E Marcie Ries. He added that the aim is to receive the fastest approval of the program. Along with the work with the European Commission, a normative basis for the implementation of the RDP in the next programming period is prepared, so that transparency and predictability for the agricultural sector to be ensured.


Balance has been searched with development of the schemes and measures of the Common Agricultural Policy and this way the progress made in certain sectors to be maintained while at the same time some disadvantaged sectors such as horticulture, vegetable production and animal breeding to be supported, particularize, Minister Groudev. It also highlighted that the upcoming development of Bulgaria Irrigation Restructuring is a World Bank project. "Modern agriculture is impossible without an irrigation system in a good working condition," he commented.

Possibilities for exchange of knowledge in the field of agricultural science between the two countries have been also discussed at the meeting.