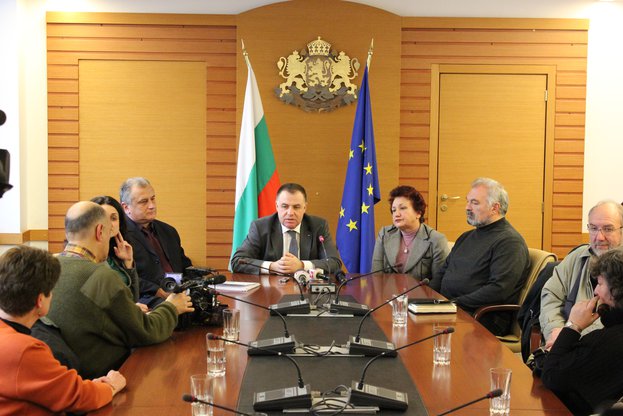 The November salaries of the Agricultural Academy employees will be in their bank accounts by the end of the day, minister of agriculture and food Dr. Miroslav Naydenov said at a meeting with unions and Academy staff.


The entire amount is sourced from savings made by the central unit of the Ministry of Agriculture and Food, Naydenov noted.

Another more than BGN 2 million was paid to the Academy on Monday to cover expenses for supplies. The money due for December will also be paid out. According to the collective labour agreement, talks over unpaid remuneration can be held earliest 15 days from the end of the respective month.

Deputy finance minister Vladislav Goranov said at a Council of Ministers meeting that a further BGN 2.8 million could be channeled to December salaries if there is a surplus in the national budget.

Next year’s budget of the Agricultural Academy will remain unchanged. To avoid new pressure piling up at the end of the year, the long anticipated restructuring should be performed. This does not mean shedding jobs but optimizing costs and tighter financial discipline, according to Naydenov.