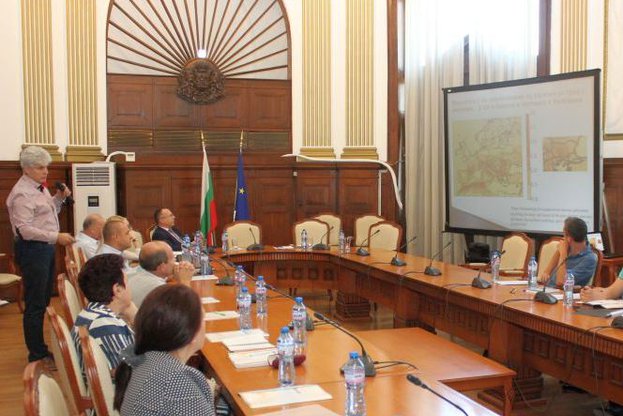 "Together, we should find the best way to work and finance the," announced Minister of Agriculture, Food and Forestry Rumen Porodzanov during a meeting with representatives of municipalities, insurers and agricultural producers. He stressed that the issue of measures to extend anti-hail storm protection should be solved in a public debate. Looking ahead, the hailstorm protection model should be funded not only by the state, but also by farmers, insurers and municipalities.

"We do not want to do something to make the state abdicate from responsibility, and it is our commitment to offer a rational and effective approach to the development of protection against hailstorms, which will help the agency to improve its work," said Minister Porodzanov.

During the meeting, Head of the Cabinet Atanas Katsarchev made a presentation on "Anti-Hail storms Protection in Bulgaria - State and Perspectives". The aim of the measures is to maximize the protection of arable land, permanent crops and those with mixed use and protection to reach 90% coverage of the agricultural land, as well as 60% in the urbanized territories, Katsarchev said. He explained that this could be achieved by gradually expanding the system and the protected territory using two methods rockets and airplanes. A proposal has been made the system to be completed with 4 additional radar stations. The rocket method can be extended to 2020 by building 63 new rocket launching sites and 2 command posts in the village of Tuja and Lyubimets.

The most heavily endangered areas should be protected by a rocket defense system, said Vanyo Slaveev, executive director of the Hail Suppression Agency Executive Agency. Airplane approach is the most appropriate and inexpensive way to protect other areas in the country, guaranteeing 60% coverage, he added.