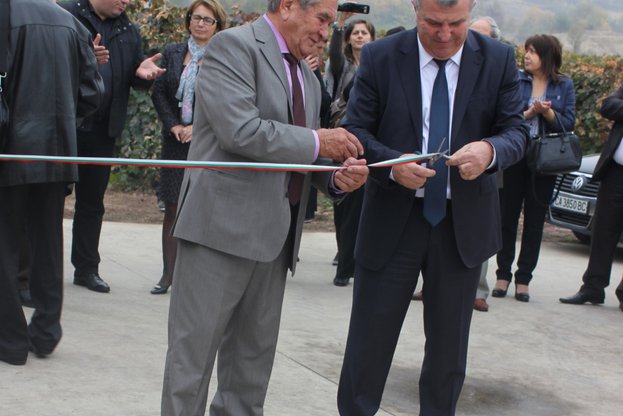 Wine grapes this year are of extremely high quality for producing good wines and we expect that the vintage will reach 250 thousand tons as compared to only 192 thousand tons during the past year. This statement was made by agriculture and food minister Prof. Dimitar Grekov in the Plovdiv village of Pesnopoy, where he opened a modernized winery.

“We tend to produce increasingly larger quantities of grapes, although the vineyards decreased several times in the past years. We will give special attention to grape cultivation in the new programming period, because Bulgaria grows some of the best grape varieties typical for Europe”, pointed out the minister.

He recalled that vulnerable sectors were going to receive specific support, allocating to them 13% of the direct payments, which would boost up the priority productions for the country. “It is very difficult for a producer to set foot on big international markets such as China and Russia for instance. For this purpose, we need to standardize the wine qualities and make these qualities permanent in time”, said the minister unequivocally. To this end, the state plans to carry out a large-scale international campaign for popularizing not only Bulgarian wines, but also the other traditional products, which attract interest.