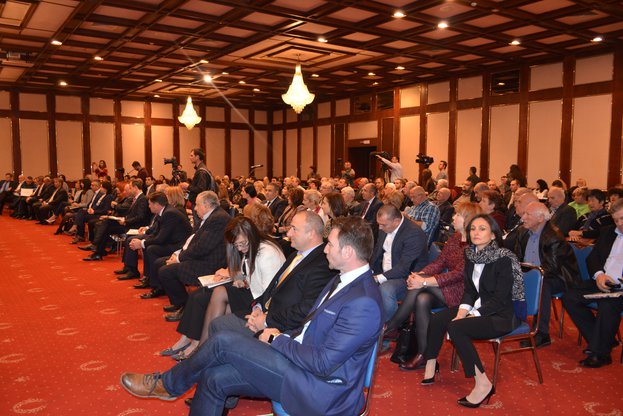 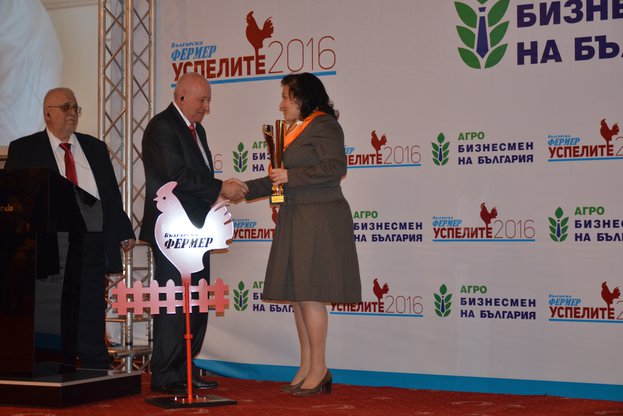 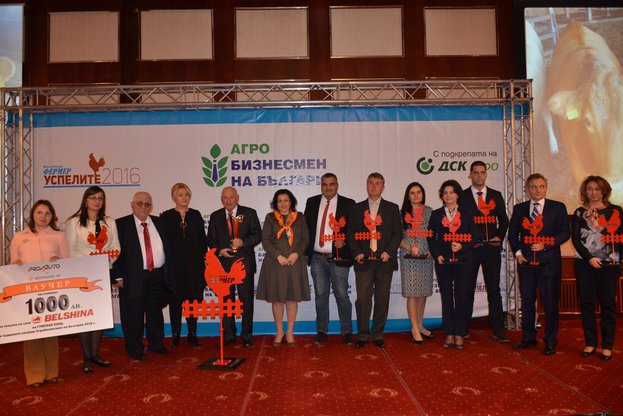 Previous Next
“Business should uphold the continuation of the policies for agriculture development”, stated Minister of Agriculture and Food Desislava Taneva during a meeting with agribusiness, part of the annual official prize ceremony of "Agro businessman of Bulgaria 2016". She pointed out that all changes in the last two years have been prepared together with the relevant sectors in agriculture. "Their implementation is essential for the growth rate and competitiveness of Bulgaria in the sector," said Minister Taneva.


In her words, the debate on the Land Code must continue because it is the foundation of sustainable development of agriculture in Bulgaria. She stressed that despite the change of political authorities, the preparation of the Land Code must take place.

Concerning the geographic information system, minister Taneva informed that it in its final stage. In her opinion, the access of business to the system will make it much more transparent and fair. "I hope this activity to be continued by the next government," she said.

Minister of Agriculture and Food commented on the Food Act, which was developed together with professional organizations for a year and a half. "We put a lot of effort and work on this legislation. I will insist these amendments happen, "said Taneva.

She added that the reform in the irrigation sector is part of the policies to be pursued. "We have a strategy and we should have to restructure “Irrigation Systems "at the beginning of 2017. We have a clear concept how this reform to happen, "she added.

Desislava Taneva also informed that currently the construction of an anti-hail protection enterprise has started through the Executive Agency Hail Suppression.

Minister of Agriculture and Food awarded the annual prize "Agro businessman of Bulgaria 2016"  to Nedko Mitev from Ovcharovo village. He is the owner of one of the most steadily growing farms in the country and a farmer with more than 40 years of experience in agriculture and livestock breeding..