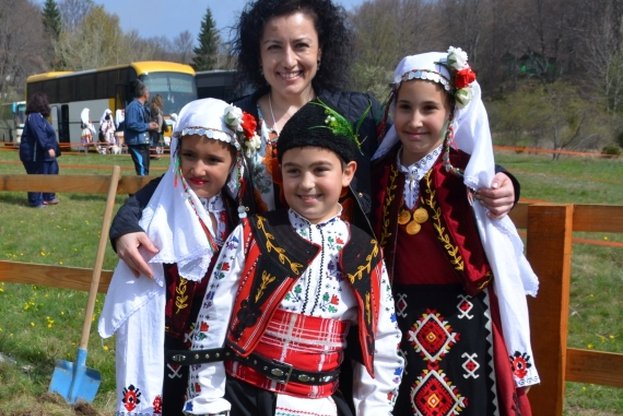 "We registered the best year since the establishment of state forest enterprises today.  The revenue growth in 2015 was 12%, while the financial result is five times higher than the previous year, “announced Minister of Agriculture and Food Desislava Taneva at the opening of the "Feast in the Forest" in Karandila locality near the town of Sliven. She added that last year the forested land amounted to 16,000 acres, and in 2016 it is planned some 20,000 acres more to be planted. "Rehabilitated forest roads are coming  to 177 km and this year a total of 271 km  are planned to be  rehabilitated for forest infrastructure, some of them are already designed and under construction," said Minister Taneva. She added that efforts to make the system more opened, public and accessible by civil society continue. "We will take all measures that lead to more legal and friendly storage and management of forest resources. Therefore we introduced the electronic transport ticket, video surveillance on the wood movement and electronic auctions for wood "was clear Desislava Taneva. She said further that the North Central Enterprise, which was the first that have introduced electronic auctions, achieved 30% higher prices than originally announced.


юThe Minister explained that the preparation of the legal framework for the purchase of forests by private owners runs. "This is done in order to allow these areas to be stored, managed, protected by structures like state forest enterprises that have the resources, "stated Minister Taneva.