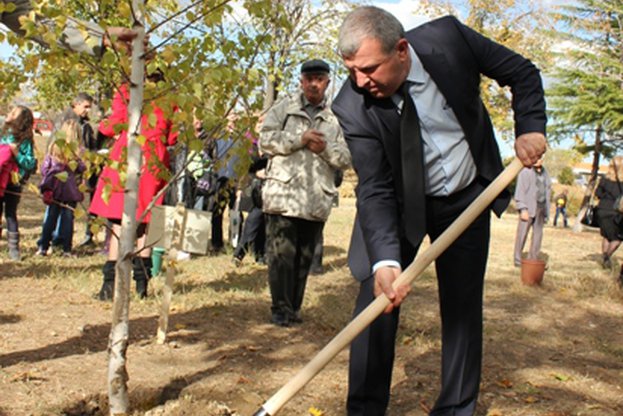 Twelve thousand of decares were afforested in the past year, but it is our ambition to increase them and we have already proposed the necessary legislative changes accordingly. This statement was made by agriculture and food minister Prof. Dimitar Grekov in Assenovgrad, where the national initiative “Pamet” (Memory) was launched. “By means of this initiative, expecting that more Bulgarian cities and towns will join it, we don not want simply to renew Bulgarian forests as means of nature preservation, but also to retain Bulgarian spirituality”, emphasized the minister.
He added that there were 76 vocational schools at the Ministry of Agriculture and Food, where young people obtained both knowledge and impulse for education and spiritual growth.