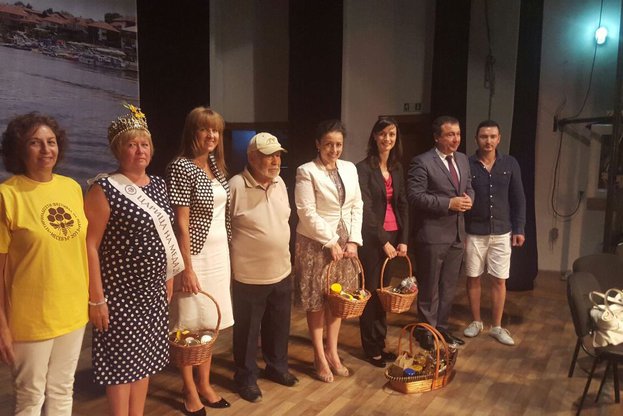 “Creation of a single branch association will safeguard the national interest of the Bulgarian apiculture sector, “said Minister Taneva speaking at a national conference themed “The apiculture sector in Bulgaria: its state and perspectives on development” in the town of Nesebar, organized at the initiative of the Club Beekeeper №1 in Bulgaria and with the MEP Maria Gabriel.

Taneva made an appeal to agri producers to associate in organizations. Interests of the apiculture sector will be much better safeguarded through a single beekeeper’s organisation .It will allow them to better defend their interests with the conviction this organisation is representative and protects the sector as a whole, not a certain region or group of beekeepers. “Therefore it is important for you to associate in an organisation. Your influence as a single sector organisation, as a partner of the executive and legislative power would be much greater than in the current state of affairs,” Taneva added.

She stated there had been a clear and stable growth in the production and sales of honey in Bulgaria in the past 4 years. “The number of bee colonies since almost doubled since 2007. This shows that things are developing on a larger scale. These are not even the exact words as beekeeping is small-sized production but is a trend provoked by different measures and instruments for support in the scope of the Rural Development Programme (RDP) and the old programme period. Probably this, in combination with the possibility for more efficient production, will generate higher income,” pointed out Minister Taneva reminded that a new notification of the Rural Development Programme (RDP) is in preparation.

In its agroecology part, a measure for agricultural producers who grow honey plants will be proposed. This will let bee colonies collect nectar and pollen from them.

Maria Gabriel, MEP and Deputy Chair of the European People’s Party (EPP) Group underlined that due to Bulgarian beekeepers Bulgaria is known is an apiarist’s country and its voice is heard.