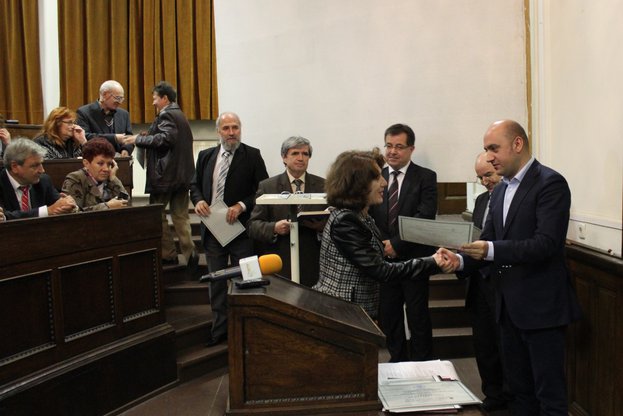 “I will make every effort in the next programming period to get more European funds for science”. That is what Minister of Agriculture and Food Vassil Groudev announced at the solemn ceremonies for the marking of the professional holiday of the people working in the field of the Bulgarian agricultural science in the building of the Central Management of Agricultural Academy. In his address to the scientific community, he stressed that in view of the limited financial resources, Bulgarian science will be included as a beneficiary under the Rural Development Program for the period 2014-2020. "This is the only financial instrument for your sphere of activity and you can count on me and my team," said Minister Groudev and added that the Ministry of Agriculture and Food will continue supporting scientific research in the future.


During the solemn ceremony Minister Groudev gave diplomas of seven newly elected professors, then took a look at the exhibition of achievements of 26 research institutes and 19 experimental stations at the Academy