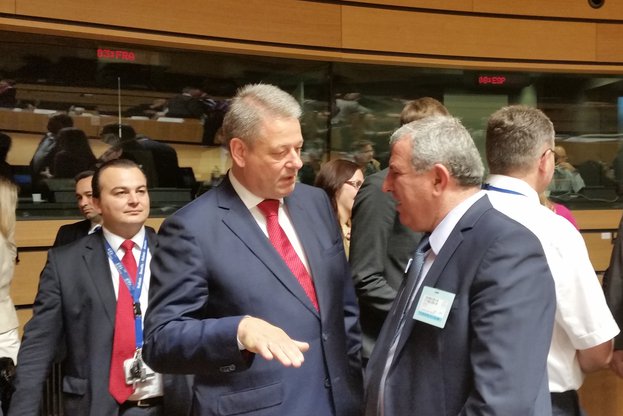 Minister of Agriculture, Prof. Dimitar Grekov is participating in the EU Council of Agriculture and Fisheries in Luxembourg. The Council adopted conclusions on the Commission's report on the fruit and vegetable sector since its reform in 2007. Minister Grekov underscored the need of reconsidering the acting legislation in the sector with the objective of better distributed support for producer organisations in countries with a low level of organisation. "Therefore, we insisted in these conclusions the declaration submitted by 10 Member States, including Bulgaria, to be reflected  by the Commission  and as soon as possible to announce plans to revise the school fruit and vegetables scheme," said  further the Minister. "In response, the European Commission presented its declaration of commitment to prepare a report by the end of 2018 on implementation of the Common Agricultural Policy and take into consideration our requests and if necessary to present legislative proposals," he added.

During the meeting, a group of Member States, including Bulgaria, strongly opposed the request for revision of the oil correction coefficients in connection with the removal of the milk quota regime in the sector in 2015 As a result, the draft conclusions proposed by the Presidency, was rejected by the basic argument that it is only facilitate the conditions for producers in countries exceeding quotas for milk production.